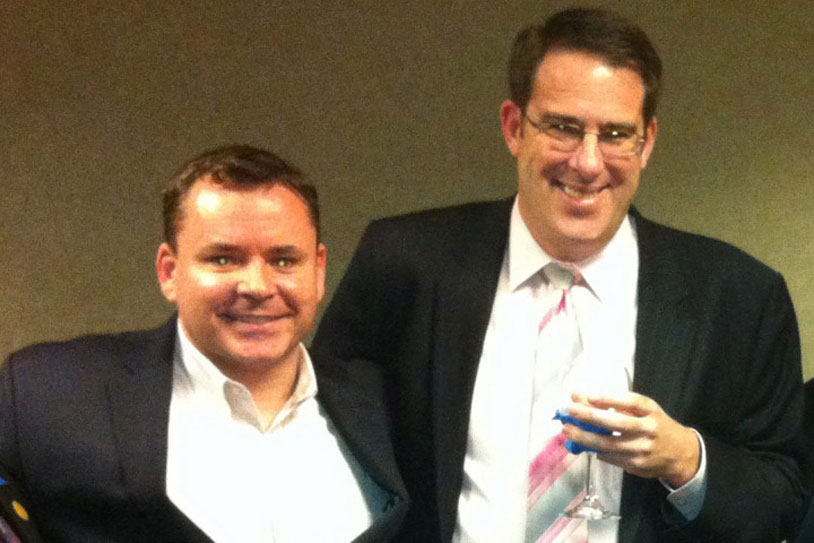 Workplace camaraderie is a tricky thing. You want to treat your co-workers like they’re human beings, but you can’t be your real self in a professional context. Walking that tightrope is vital to getting ahead, but a staffer and his supervisor at data security firm Iron Mountain took it over the line and now one of the weirdest lawsuits we’ve ever heard of is on the books.

In 2012, a group of Iron Mountain employees went on a two-day team-building exercise in upstate New York that involved a cruise on the Hudson and heavy drinking in Kingston. Richard Langtry, the team’s supervisor, tipped back a little more than he should have, and through the evening became increasingly volatile. Finding himself with an Iron Mountain worker named Michael Peacock in a public restroom, Langtry allegedly reached over, grabbed Peacock’s groin, and yanked down hard.

Peacock was left doubled over in pain, unable to walk, and when he finally went to a doctor the damage was so great that one of his testicles had to be removed. Even more insulting, his co-workers at Iron Mountain blamed him for the incident, teasing him remorselessly and asking when he was going to get his other nut cut off. Even though Langtry was fired, Peacock’s career suffered as well, and he eventually left the company after taking a pay cut.

Now suffering from chronic pain and impotence issues, Peacock is filing suit against Iron Mountain, Langtry, and three bars that he felt served his attacker alcohol after he was inebriated. A man’s balls are among his most precious possessions, so we obviously stand with him in this case.