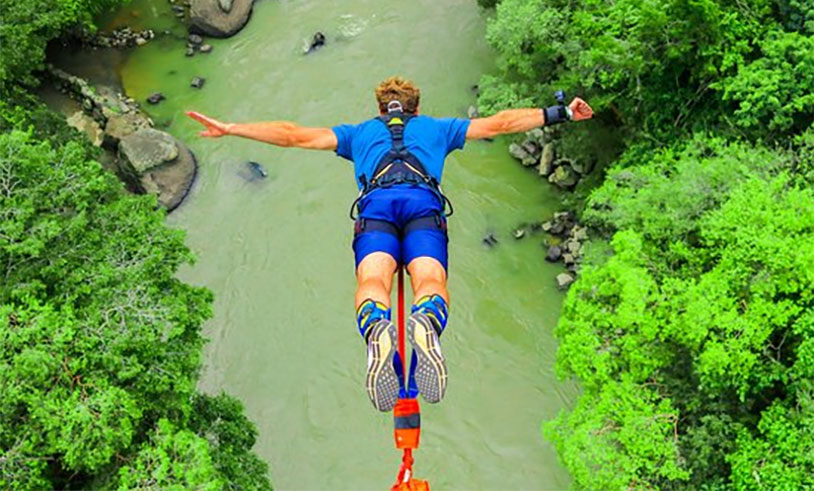 Joshua Hughes is filing suit against Central Oregon Bungee Adventures, claiming that the company did not properly place the harness on his body before he jumped, causing incredible pain in his groin as his testicle ruptured when he hit the zenith of the first drop and then agonizing sensations with each bounce until he was released from the harness.

Hughes, who lives in Edgewood, Washington, was visiting family in central Oregon on July 22, 2018 when the group decided to try bungee jumping. They hooked up with the company, which launches jumps in the PS Ogden State Park on a bridge above the Crooked River. The company had a solid reputation, but Hughes alleges that they did not take the necessary time to position the harness correctly on his body before he went off the bridge.

In the suit, he states “As Mr. Hughes neared the bottom of the fall, the cord tightened and the weight of Mr. Hughes’ body applied force onto the safety harness. The harness at that point was positioned over his testicle and the force caused it to rupture.”

He filed suit in federal district court December of 2018, but it was dismissed by the court. He is trying again in Deschutes County Circuit Court, and is scheduled to go to trial soon.

Hughes seeks $54,999 in total damages from the bungee incident, approximately $20,000 of which is for medical expenses.

Read more at the Bend Bulletin.