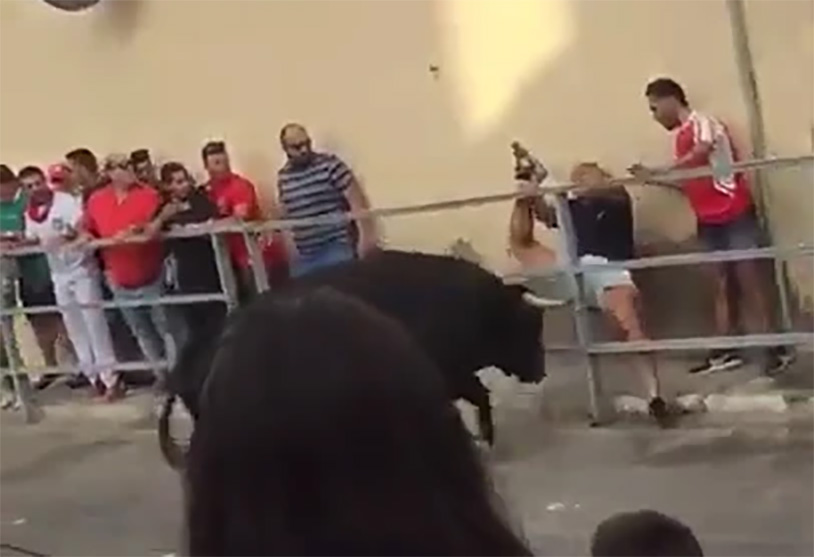 Of all the weird things people do, participating in Spain’s Running of the Bulls is one of the weirdest. Is the potential adrenaline rush of avoiding being trampled or gored by the horn of a massive animal really worth it? It wasn’t for a 16 year old man, who became a viral video star after being gored multiple times in the groin at this year’s event.

Footage taken in the town of Cuellar, about an hour and change from Madrid, shows the 26 year old man in the street as the bulls charge through. He realizes his predicament and attempts to jump over a metal railing, only to get one of his feet caught and tumble down helplessly. The bull sees an easy target and charges in, striking at his groin with his horn multiple times before another man runs out to distract the animal. It’s a pretty rough clip, which you can watch below.

The victim was given medical attention on the scene before being transported to a local hospital. He is said to be in stable condition, and no other spectators or participants were hurt in the day’s bull run. It’s the most recent of many such incidents throughout Spain, driving critics to condemn the 800 year old practice.