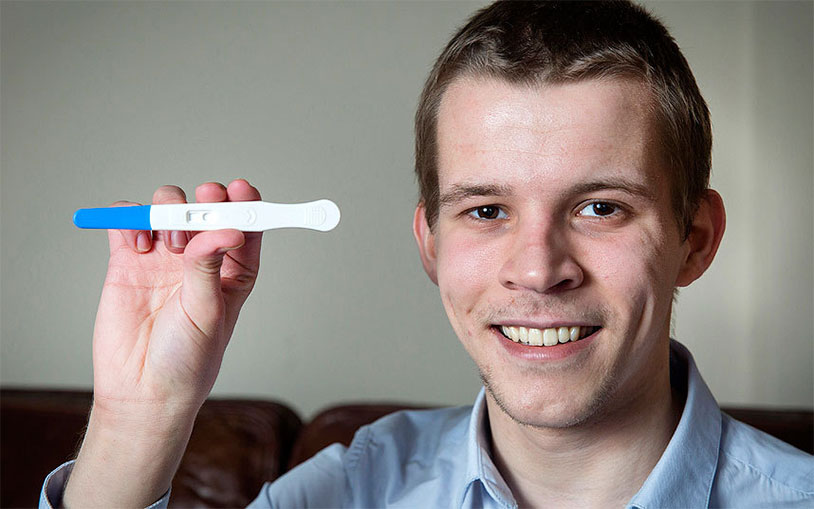 Under what circumstances would a cisgender man need to take a pregnancy test? Well, this tale that came over the wire from the UK gives us a very good reason: to detect testicular cancer when you don’t have any other equipment available.

The hero of our tale is Byron Geldard of Cambridgeshire, England, who went to his doctor complaining about a nagging pain in his side. Scans revealed a tumor, but doctors weren’t able to determine what sort of cancer it was. Knowing where a tumor arose can be very important in treatment, but they had to narrow it down from around half a dozen locations. Because testicular cancer is the most common form in young men, it was the first culprit. The staff had a remarkably clever way of checking on that lead – make Byron take a pregnancy test.

Urine-based pregnancy tests work by detecting the presence of the hormone beta human chorionic gonadotropin (hCG), which is generated by the placenta inside a woman’s womb. In many cases, that same hormone is created by testicular cancer tumors, and in Geldard’s case it was. With that known, they were able to create a course of treatment for him and after seven months he was given a clean bill of health.

Read more at The Epoch Times.