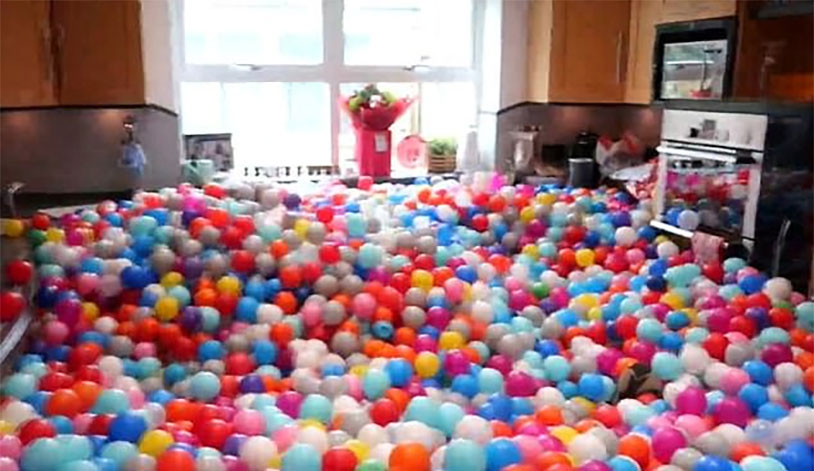 With quarantine keeping families at home for significantly longer than they’re used to, parents are turning to all kinds of ways to keep their kids entertained. One man, Joel Conder, went above and beyond with a quarter million ball pit balls, and the funniest thing is that his wife had no idea he was doing it.

Conder, a father of four daughters, runs a YouTube channel called DadVGirls where he often pranks or goofs with his offspring, although not in a mean-spirited way. He’s managed to build a pretty devoted fan base for himself. The family isolated from the COVID-19 pandemic earlier than most, at the beginning of March, due to Joel’s asthma and his daughter Sophie’s compromised immune system.

Trapped in the house, he contracted with ball pit company Ballmania to bring a massive truck with a quarter million hollow plastic balls to his residence when his wife and kids were out. Along with some friends, he spread the orbs throughout the house, as much as three feet deep in some rooms.

The end result was a lot of fun for the whole family. The ball pit company even made sure that they were cleaned and sterilized to avoid spreading infection. The whole family romped and frolicked in the impromptu ball pit until it was time to return the orbs.