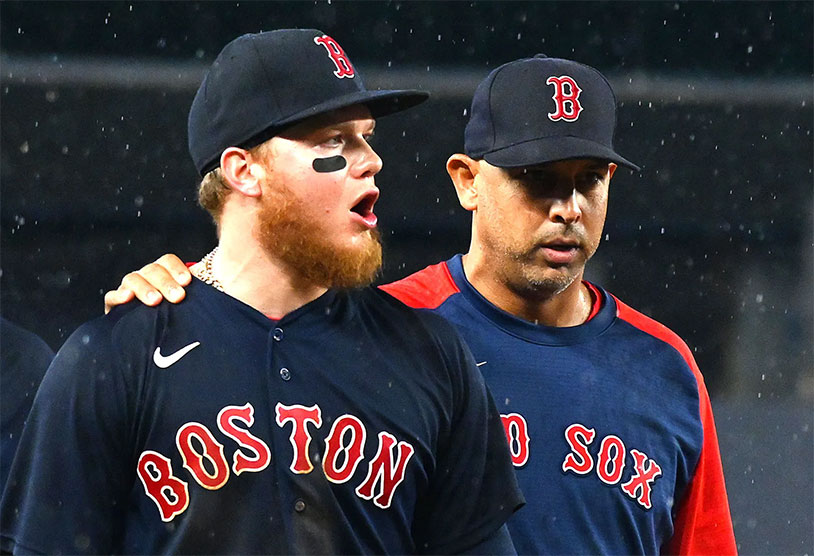 Fan interactions in athletics can be a little rowdy, but typically people maintain somewhat respectful boundaries. That wasn’t the case when the Boston Red Sox played the Yankees last week. Before the bottom of the sixth inning, Alex Verdugo tossed a spare ball up into the stands with the intent of giving a souvenir to a young Red Sox fan in attendance. But, in a classic display of poor sportsmanship, an adult Yankees fan intercepted the ball and hucked it back, hitting Verdugo in the back.

A fan threw a ball at Alex Verdugo… pic.twitter.com/V8F55GE4fM

It’s awful for a fan to throw anything at a player, but Verdugo is notorious for being kind and considerate to opposing teams’ fans so it was even more insulting. Red Sox manager Alex Cora pulled his team from the field for a short time to calm tempers, as many of them were pretty irate. The fan was not arrested, but he was identified by stadium staff and his case was escalated to MLB management.

They quickly passed down the edict that his actions were unacceptable and he would be added to the ban list, meaning he is no longer allowed admittance to any Major League games for the rest of his life. Hope it was worth it, dude. One minute of acting like a butthole lost you baseball forever.