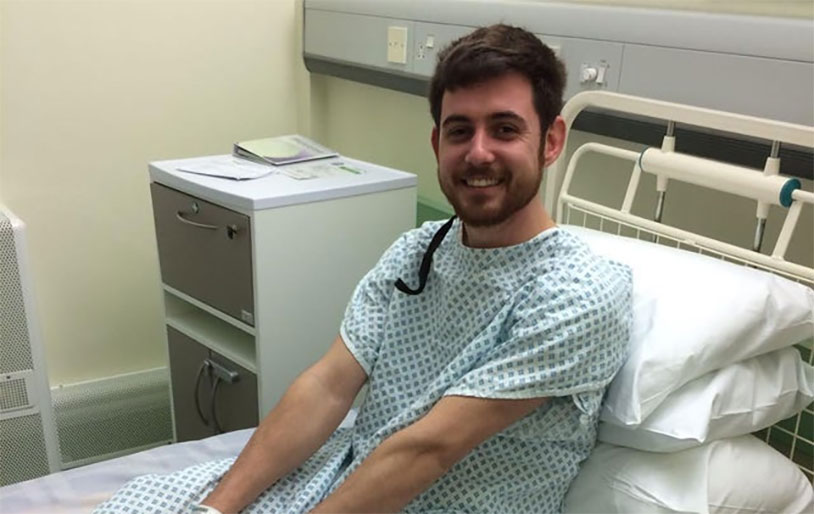 One of the biggest issues with cancer that doctors still don’t completely understand is how it can be completely eradicated in a patient’s body, and then make a return years later. There are obviously genetic and environmental cues that we still haven’t figured out, but more research is necessary. A British man who battled and beat testicular cancer twice has turned his focus to raising money for just that.

Welder Chris Koppens was first diagnosed with testicular cancer at the age of 19, and the young man had a tough battle against the disease but defeated it. Unfortunately, eight years later it recurred and he had to go through the whole thing all over again. Now thirty, he’s been declared cancer-free and celebrated remission by going to Australia with his girlfriend.

But it’s not all fun and games for Koppens. He’s realized that more research is necessary to help detect and protect patients, and he’s been consistently spending time raising funds for UK cancer charities. “Cancer is very personal to me and my family and by boosting funding now, we can all help more people in the future. So, I hope that people across Wigan will be inspired by the charity’s determination to carry on beating cancer and give what they can,” he told the media.

Donations to many charities have slowed during the COVID-19 pandemic, so Koppens is being very vocal in the need to keep up the pace and fight testicular cancer.