Man Who Lost Father And Grandparents To Testicular Cancer Triumphs 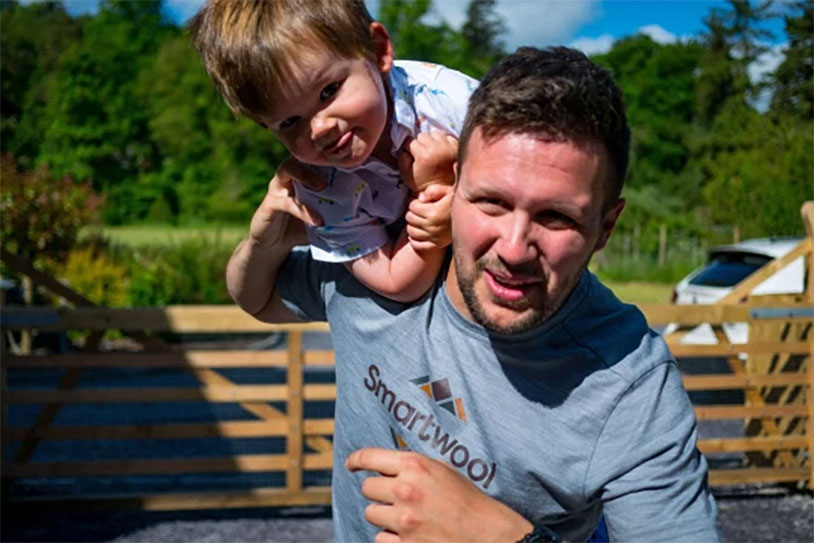 The genetic factors that determine testicular cancer are still not well-understood, but it’s known that having a family history with the disease increases your personal risk factors. So when Jack Williams was diagnosed with testicular cancer, it wasn’t much of a surprise. His father had passed away from bowel cancer, and both of his male grandparents had also died from the disease. But Jack was ready to buck the trend and win, and he managed to not only survive but also start a family.

When Jack first noticed a lump, he was a little panicked and afraid to tell people. But after a few weeks he confided in his girlfriend, who told him that he absolutely needed to see his doctor before anything else. Unsurprisingly, the diagnosis was cancer.

“My only real relationship with cancer was one where people died, so when I heard that I had it, my first thought was ‘oh this is it then.’ It was all a whirlwind after that phone call – a week later I was in hospital for scans, and less than a month after my first visit to the GP the lump was removed.”

Things didn’t get better immediately – Jack had to wait around six months to find out whether the tumor was cancerous and had spread further in his body. Thankfully, he was given a clean bill of health with no effects to his fertility, as he now has two children.

“Personally I was very lucky in my experience with cancer as it was found so early, I didn’t need chemotherapy. I only wish the outcome could have been as positive for my dad and grandfathers.”