Man’s Huge Ball Collection To Burden Children After His Death 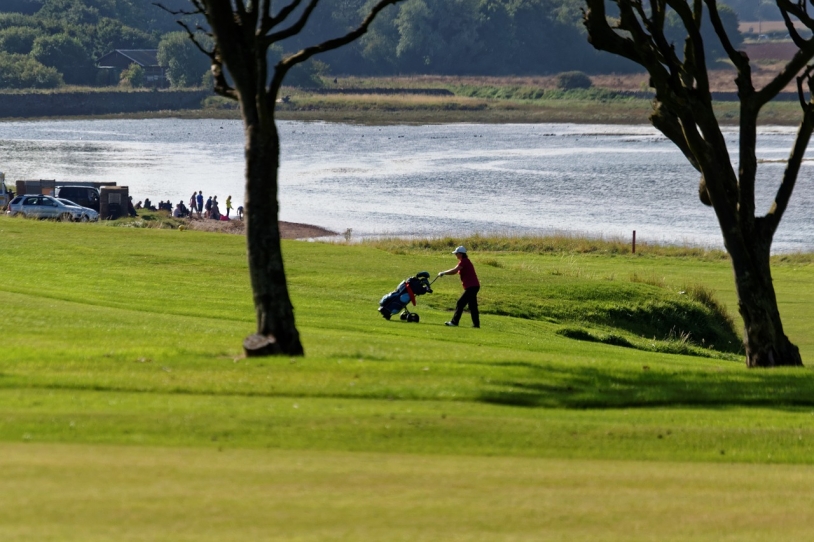 We are only here on this Earth for a limited amount of time. Some of us have better than a century to goof off and get old and do dumb crap, but others are not nearly so lucky. One silver lining to this inescapable notion of mortality is that none of us knows when our time will be up until it already is. As a result, we can’t look down from heaven on four decades of building up an enormous golf ball collection, for instance, and say for eternity, “Wow, I really wasted my time down there.” Hindsight can only plague us for a very limited time. That should be a relief for Sunriver’s Jim Brown, but it seems to be irrelevant:

Brown and his son would take walks on the resort’s golf courses in the evening, looking for lost golf balls. “It was almost like an Easter egg hunt,” Brown recounted, “and he (his young son) really enjoyed it.” Finding the mementos sporting the logos of various golf courses near and far led to Brown’s obsession, and he added, “just a few” to his collection over the past four decades. “It just started at that point and eventually I had enough to start displaying them,” Brown recalled.

He now has exactly 569 golf balls in his collection, most adorned with the logo of a different golf course. “I know the number because I counted them this morning,” he laughed. The balls are prominently displayed in what Brown calls his “golf cave” at his Sunriver home.

It’s hard not to sympathize with Brown, whose idiosyncrasies have become so well known by his friends and family that they have begun to actively support his inane ball collection.

He estimated about a dozen friends who regularly add to the collection.

“They will go on a trip, come back and say, ‘I’ve got something for you,’ and give me a ball … because they know I am addicted to them.”

There’s nothing better than having your friends bring you back a bunch of trash when they go on trips. Might’ve been nice to get an invite, but hey, at least you can put another thing on a shelf and extend, however slightly, the wait to shuffle off this mortal coil. Whee!