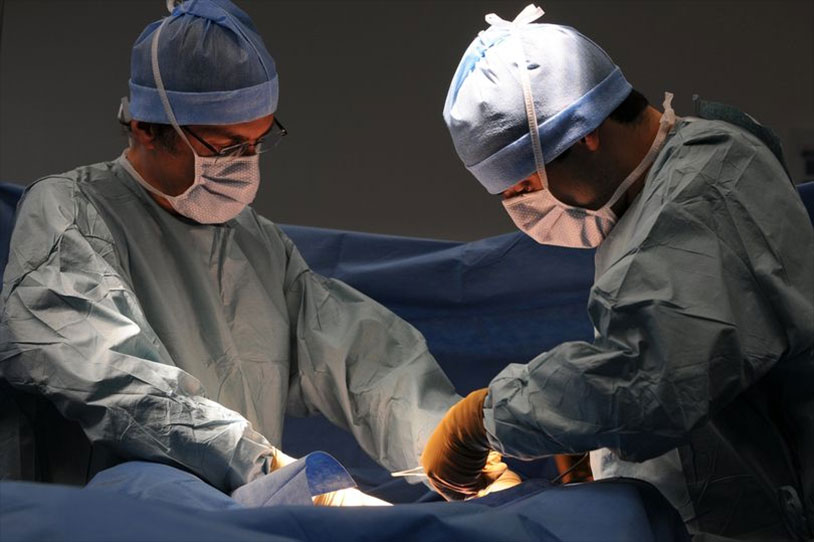 This one gets a bug 10 on the old yikes-o-meter if you ask us. A man in Melbourne, Australia who was suffering from genital lymphoedema had to be brought to the hospital after his scrotum grew so big that it swallowed his entire pecker. That’s a pretty terrifying proposition, so let’s examine how it happened.

The 44 year old patient had a lonmg history of genital issues, but the lymphoedema was a whole ‘nother issue. It caused his ballsack to expand to nearly a foot in diameter, with the excess skin and swelling engulfing his pecker. Doctors could only locate his penis by finding the fold that urine leaked out of when he peed and palpitating the excess flesh away from it.

His balls were so big that he couldn’t drive or even move from his bed to a chair. He was helped to a hospital, where doctors cut away all of the huge ballsack and reconstructed it from an area that was unaffected. We wish him the best in his recovery. Here’s a heavily blurred out image of his groin so you can get an idea of what things looked like before the surgery. 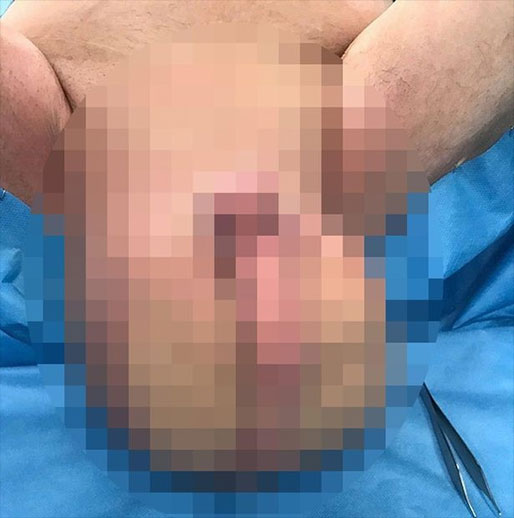 Yikes. We’re balls fans but that’s too much.