This Man’s On Trial For Murder For Rupturing A Testicle 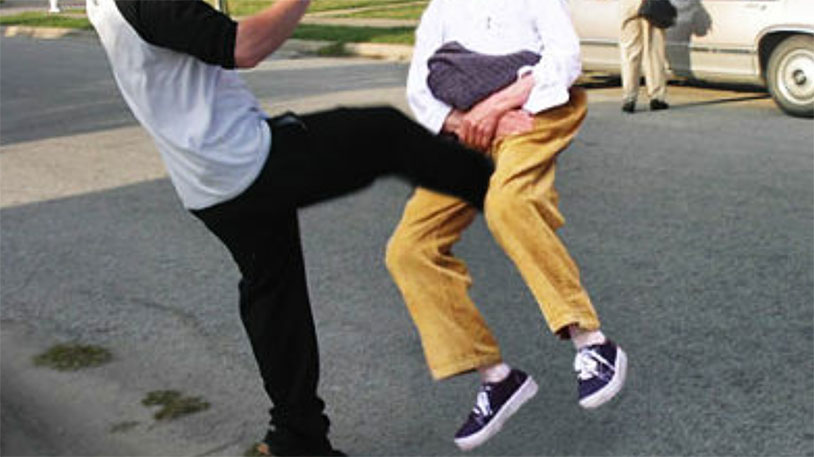 Shots to the groin are painful no matter what, but can they lead to a murder charge? It’s happening right now in Ohio, where 58 year old Jackie Pierce has been arraigned for murder following the death of Willie Cannon in 2013.

The New York Daily News has the story, which is as unbelievable as you’d think. Police allege that Pierce approached Cannon and demanded money, and when the victim refused Pierce delivered a mighty kick to his scrotum. The impact was so intense that it ruptured a testicle. To add insult to injury, the hard-footed robber took some cash from Cannon’s pocket while he was writhing on the ground in pain.

Because it’s hard to distinguish a ruptured testicle from an ordinary run of the mill groin injury, Cannon didn’t get treatment after the robbery. Unsurprisingly, that had less than good results. The rupture let bacteria in, which flourished in the warm, wet scrotum.

Cannon passed away from a gangrenous infection in the ruptured testicle later that same year. It’s not yet known exactly what led to the delay in charging Pierce with the crime – if somebody killed a friend of mine with a nut kick, I’d move heaven and earth to get them behind bars as soon as possible. It’s not good to have that kind of power wandering the streets.