Check Out These Marijuana-Infused Matzoh Balls 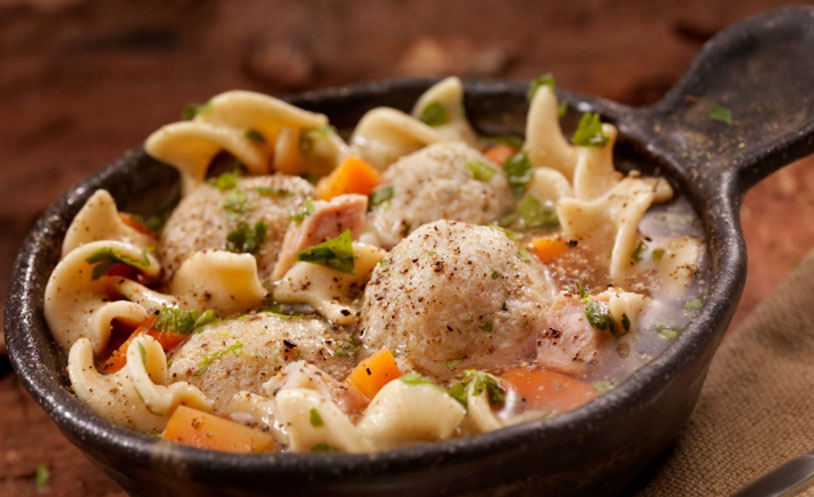 I realize that reading about food after Thanksgiving weekend might be a little bit of a slog, but this article was too good for us to pass up. Joan Nathan is known as the “Queen of Jewish cooking,” taking the traditional dishes of Israel and beyond and transforming them for modern palates while keeping what makes them classics. This latest experiment, though, pushes the envelope a little farther than usual. Teaming up with Vice, Nathan created marijuana-infused matzoh balls to give you a little high with your meal.

Nathan’s recipe incorporates schmaltz infused with hemp, containing 15% CBD. That’s not THC – the typically active ingredient in marijuana – but rather the secondary chemical that delivers mellowness and pain relief. CBS also doesn’t give you the munchies, which is good because you’ll be getting full on these delectable dough balls pretty quickly. The incongruous nature of Nathan folding in drugs to her cuisine is definitely funny, but it’s more interesting how well the herb accentuates the heeb, as it were.

What do you think? Does marijuana have a role in culinary space? Would you chow down on these weed-laced matzoh balls, or is that a bridge too far?

Read more at The Forward.