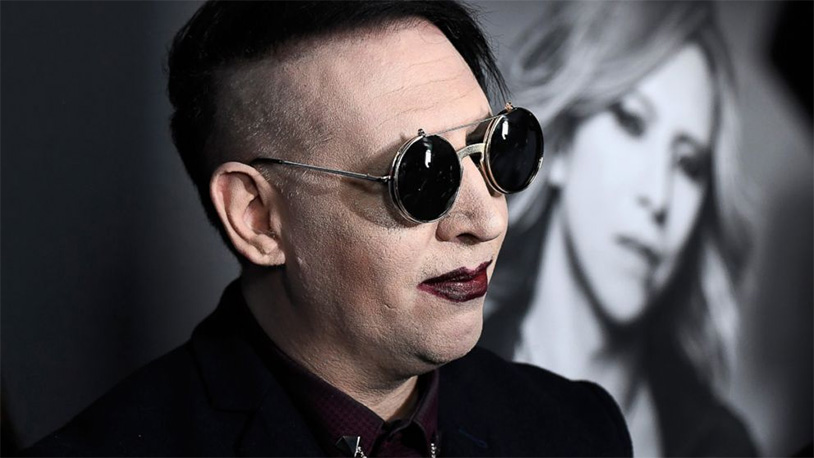 Marilyn Manson has built a career on shock and provocation, so it should be no surprise that he’s in the headlines once again. The aging rocker is doing the publicity tour for his tenth studio album, Heaven Upside Down, and when a reporter for Britain’s The Guardian went to his hotel room for an interview things got out of hand really quickly.

Writer Alexis Petridis walked into Manson’s hotel room, which is kept cold and curtained for interviews, and the singer jumped out from behind the door pointing a (thankfully fake) gun at his head. That’s not the best way to establish trust between two people, but Petridis is a true professional and carried on with the interview despite the many other bizarre things that Manson threw his way.

How bizarre, you ask? Well, there’s the exchange where Marilyn Manson tries to find out if our mild-mannered reporter has a scat fetish, as well as the bit where, in order to show his physical prowess, he offers to wrestle Petridis right there in the hotel room. But the biggest bit for us here at the Ball Report comes during a conversation about his stage persona contrasted with his everyday life, when MM reached over and gave Petridis’s testicles a playful flick.

We’re not into any kind of non-consensual sack tapping, but the rocker was in it to make a point – that the Marilyn Manson the public knows is something that’s a part of the real guy, but it’s something he chooses to let out. Whether those are good choices, though, is a matter of opinion.