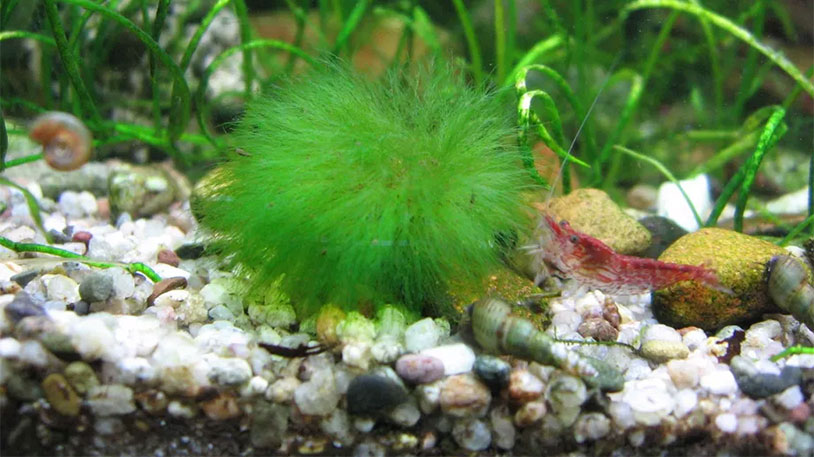 When you live in a city, your options for pet ownership are somewhat limited. One of the coolest new trends in urban ownership isn’t an animal at all – it’s a vegetable. Marimo is a Japanese word that loosely translates as “seaweed balls,” and they’re a kind of algae that lives in underwater environments. Unlike most other species of algae, they grow in a charming, confined way to mold into little orbs.

Unlike most other pets, these things are wildly long-lived, growing just 1/20 of an inch every year. That doesn’t make them the most exciting things to watch, but owners are reporting a weird emotional bonding going on. That might go with the Japanese story about the things:

Legend tells of two lovers who desired nothing more than to be together. When their love was forbidden, they fell into the water, and their hearts became Marimo balls. Marimo are said to bring your heart’s desire to both giver and receiver.

To take care of it, all you have to do is change their water once a week, give them sunlight and spin them around every so often to keep them growing evenly.