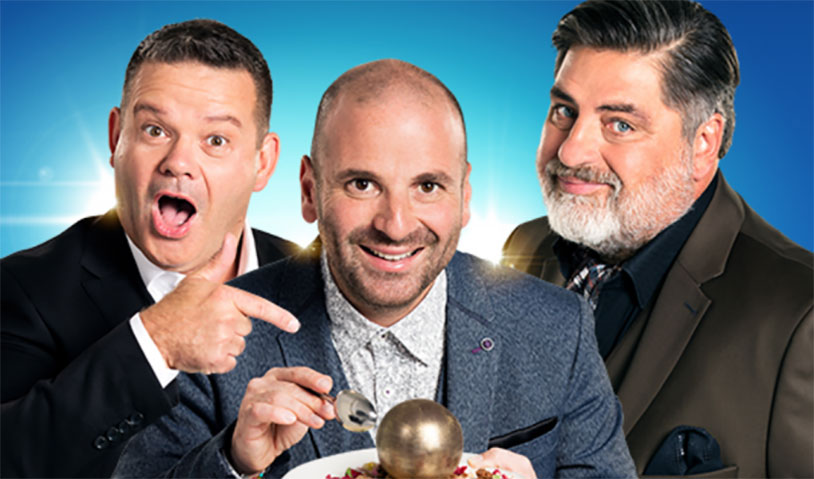 The Gordon Ramsay-hosted Masterchef TV show brings home cooks together to compete in a professional kitchen and push their limits way beyond anything they could conceive. It’s a super popular program, so naturally its creators have licensed versions all over the globe.

The one that’s relevant to us here at the Ball Report is Masterchef Australia, which lacks Ramsay but is hosted by the trio of Gary Mehigan, George Calombaris and Matt Preston. Like its American and British counterparts, it takes the same conceit, and at the beginning of the season each home chef has the chance to make a single dish to wow the judges enough to convince them to let them through to the next round.

This season, much of the promotion has been around a “golden ball” dessert made by one of the contestants, as in the video below:

The show premiered over the weekend, and we saw the ball in action. The creation of 19 year old Michelle Lukman, it’s a hollow molded chocolate shell filled with marscapone cheese, rasberry coulis, edible flowers and more. It’s a truly astonishing dessert, especially for a home cook to make, and the judges were unsurprisingly flabbergasted by it.