These McDonalds Cheesy Potato Balls Are Japan Only 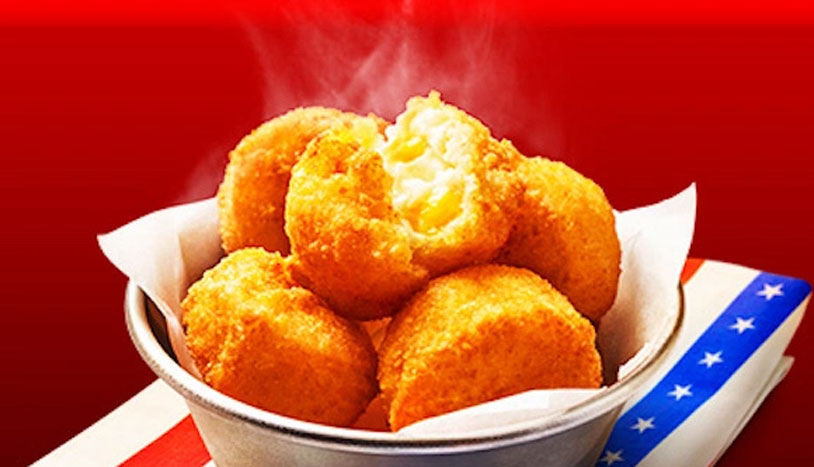 Every real fast food fan knows that the draw of McDonalds sure ain’t the burgers – it’s the potato products. Their fries are the best in the business in their division, and McDonalds hash browns are a miracle of bizarre factory foods, greasy salty hockey pucks of carbohydrates that are insanely craveable. Now the country’s Japanese franchises are rolling out a spud dish that we really want to try.

They’re calling them “American Cheddar Potato Bites,” and they look amazing. A core of melted cheese is wrapped with mashed potatoes, breaded and fried, creating an unholy marriage between the nugget, the cheeseburger and the hash brown. They’re part of an “American-inspired” series of special dishes at McDonalds Japan this year, which begs the question: isn’t everything served at the fast food chain “American inspired?”

Whatever their origins, we’re pretty pissed off that the company isn’t bringing these amazing-looking potato balls Stateside. Why should we have to miss out on a delicious cheesy snack just because we’re not Japanese? It seems like there’s room for some savvy entrepreneur to open up a restaurant that just brings over these foreign fast food delicacies. Who will step up and fill the gap?