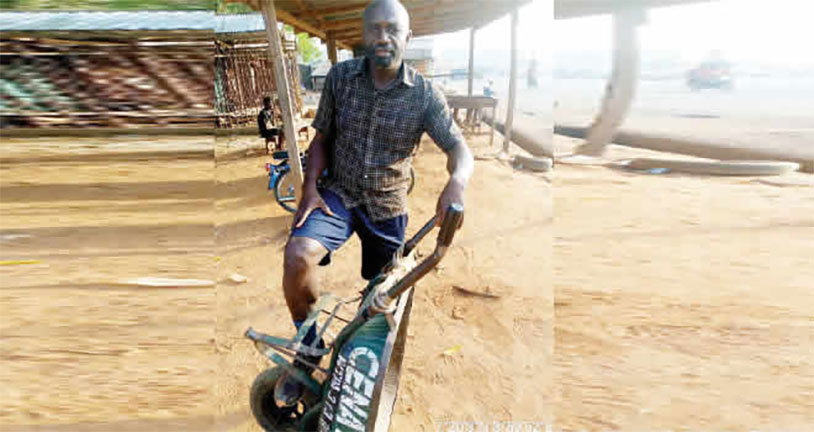 It can be hard to reckon with setbacks in your life, but it’s also important not to over-react when things don’t go your way. Case in point: the sad tale of a medical school dropout in Nigeria who tried to castrate himself to get rid of distractions.

Our man’s name is Terhemen Anongo, and he was previously enrolled as a medical student at the University of Ibadan in Oyo. He began his studies there in 1996 and by 2000 he had obtained his 500 levels (equivalent to the first part of a degree) and begun working in the teaching hospital. Unfortunately, he was also wrestling with severe depression and the load of his studies and hospital duties became more than he could bear.

He left the college to deal with his issues, but once he had them under control the university refused to let him back in. That pushed the dropout into an even worse mental state. Influenced by the tale of early Egyptian cleric Origen Adamantius, who removed his genitals to reduce the number of distractions in his life, Anongo attempted to use his medical training to remove his own penis and testicles.

The man went to a few doctors first to ask them to perform the procedure, but when they refused he took his scalpel into his own hands. He successfully removed his right testicle but realized that the amount of blood he was losing jeopardized his life, so went to the hospital instead of completing the operation. Doctors managed to save his life. He now works as a porter in Gboko.