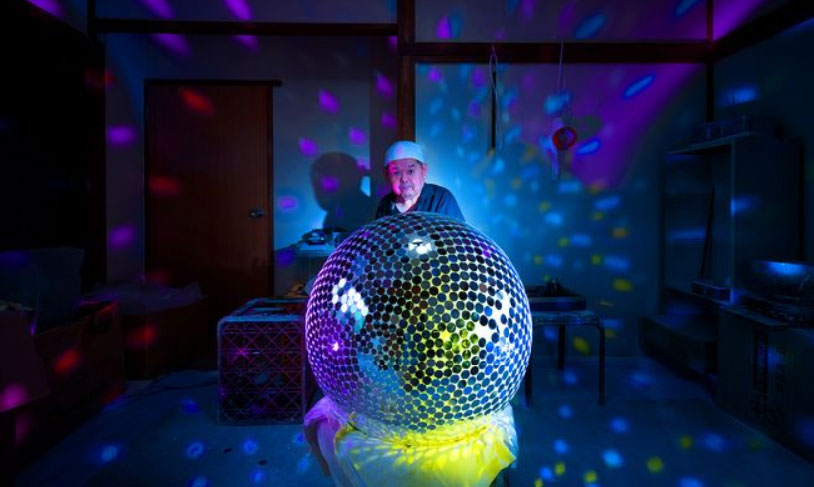 The art of the mirror ball is one that’s in pretty severe decline – although people are still dancing, there’s sort of a hard cap on on how many disco balls the world needs, especially since the big ones are produced in just a few locations. Let’s head over to Japan to meet a man who has devoted his life to the reflective orbs and see how it’s treating him.

In an old wooden house in Tokyo’s Setagaya Ward, 69 year old Shinichi Takahashi has plied his craft of making and repairing disco balls for decades. He’s believed to be the only person in Japan who has the unique skill of mirror ball repair. He previous worked for a lighting firm but went freelance in 1995 and since then believes that he’s made around 3,000 of the things by hand.

Despite his career, Takahashi isn’t much of a nightlife guy, and rarely visits the cabarets and discotheques who purchase his handiwork. Instead, he gains pleasure from the idea of his balls running as designed. He constructs each one out of a pair of aluminum hemispheres with a motor in the middle, and then attaches each of the small square mirrors to the face with plaster. The end result is something pretty wonderful.