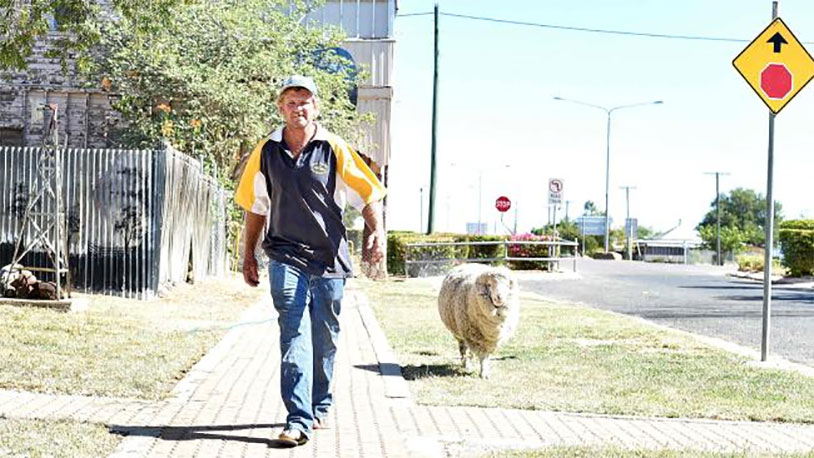 Pets come in all shapes and sizes, but nearly every animal on Earth will bond to a human if the circumstances are right. That amazingly even includes a one-bollocked Australian sheep that thinks it’s a dog.

Meet Sheepy. He was adopted by 43 year old Raymond Wiggins last year and was intended for the stew pot. The one-nutted animal wasn’t fit for breeding or shearing, so like many of his brothers and sisters was designated a “killer.” But for some reason, Wiggins simply couldn’t pull the trigger on the poor dumb bastard.

Maybe it’s the nut. When he was sold, Sheepy was billed as a young lamb. When Wiggins discovered his testicle, he realized that he was a stag and too old to taste good. So what do you do with an eating sheep that’s past the eating stage?

You keep it as a pet, of course. His life spared, Sheepy settled into his new life. He sleeps on the floor of Raymond’s room, chases him on his bike and accompanies him on errands around town. Every once in a while the sheep gets his dander up and takes it out on his owner, once butting Wiggins so hard in the chest that it broke three of his ribs.

Learn more about this ridiculous animal at the Townsville Bulletin.