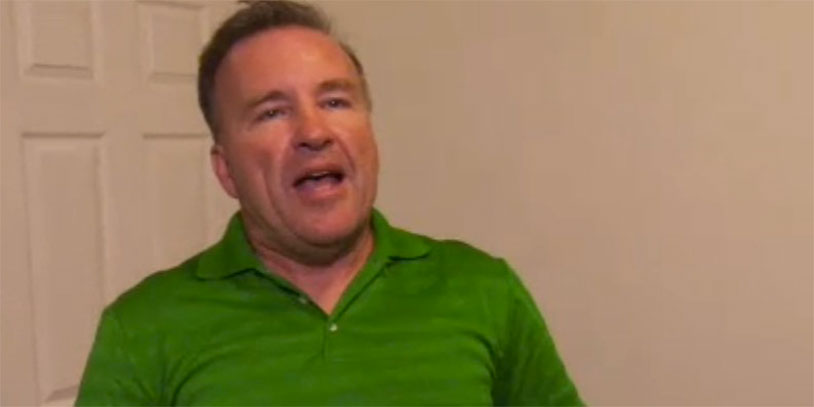 We value balls here at the Ball Report. That much should be obvious by now. But the story of Mark Parisi poses a fascinating question: would you sell a testicle? And for how much?

Parisi first came to our attention from an episode of TLC’s Extreme Cheapskates in 2013. The Las Vegas man wasn’t too much different from many of the other people featured on that redoubtable program. He refuses to pay more than a dollar for food, ignores expiration dates and spends his free time scrounging spare change so he can play the penny slots, hoping for that big win.

As opposed to working for a living, Parisi makes money by donating his body to science. He estimates that he’s participated in over a hundred medical trials, letting doctors test all kinds of drugs and procedures on him. When the TLC show found him, he was going for one of his biggest paydays to date: letting surgeons remove one of his testicles and replace it with an artificial one.

The compensation? A cool $35,000. Parisi’s reproductive functions would also not be affected, although it’s hard to believe that a dude this cheap would ever let a child into his life. Unfortunately for him, he didn’t have to make that decision. After medical examination, his testosterone levels were judged to be too low for the study, he compensated by signing up for a testosterone replacement study, netting him a mere $500 a month.

Even though he didn’t get the payday, Parisi took advantage of his TV fame with a few media appearances, including this one on trashy syndicated medical show The Doctors, where they were appropriately horrified that he was willing to sell a testicle for cold hard cash.

So how much would it cost you to let a doctor take one of your balls away? Sound off in the comments.