Meet The Lemur With The Biggest Testicles Ever 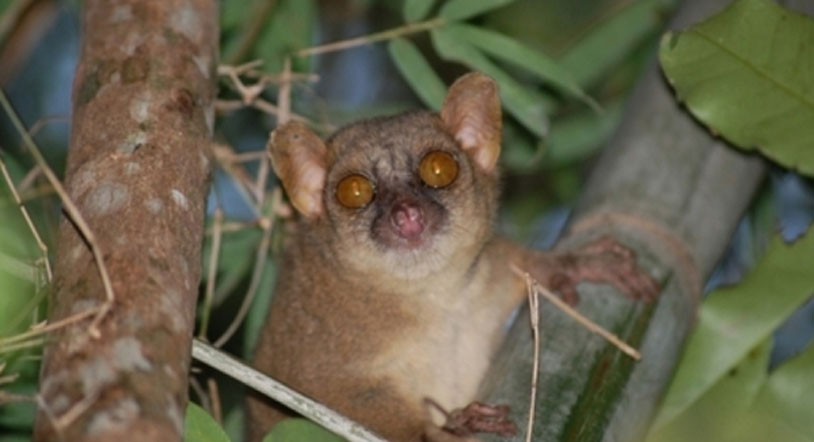 We all know that size isn’t everything when it comes to balls, so as you learn more about this lemur, try not to get too jealous. Researchers at the Oxford Brookes University, the Bristol Zoological Society and the German Primate Center just concluded a long-term study on the giant Northern mouse lemur, investigating as much as they could about the way this small animal (native to Madagascar) lives. Because these creatures were just discovered in 2005, we still don’t know that much about them.

One thing that even the first observers noticed was the size of their balls. The giant Northern mouse lemur weighs in at a scant 11 ounces, but a significant part of that seems to be their nutsack. Their genitals are much larger than other Madagascar lemurs. Scientists believe that their balls are so huge to allow the animal to produce enough sperm throughout the year to impregnate as many females as possible. Most lemurs only mate during specific seasons, but these get it on all year ’round.

To talk about this proportionally, if the giant mouse lemur was the size of an average human being, his balls would be as big as grapefruits. Imagine walking around with a pair of citrus-sized gonads in your Wranglers. It sounds awful, yet also sort of amazing. The lemurs don’t seem to mind too much, but maybe that’s because they don’t wear pants.

The habitat of the giant Northern mouse lemur is shrinking as a result of human development, so they have been placed on the Red List. It would be a crying shame if the mammal with the proportionally largest balls in the world were to go extinct on our watch.