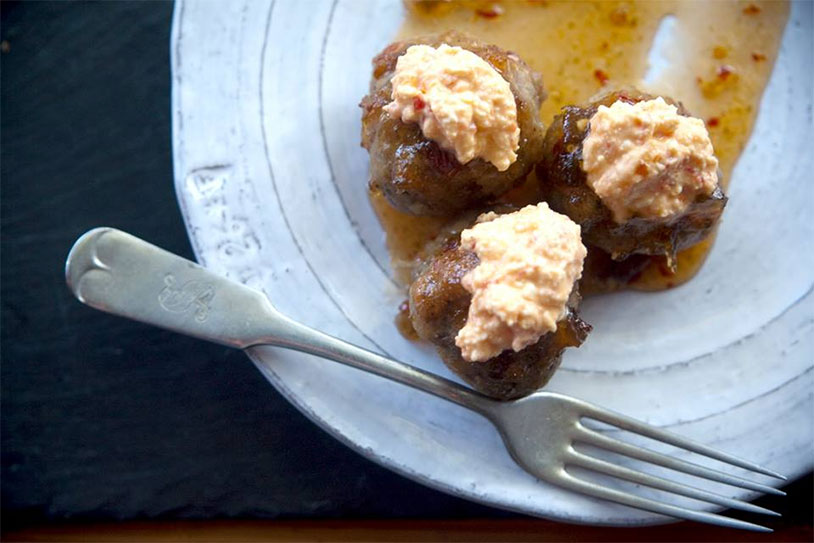 Every few years, it seems that a classic comfort food gets the high-end treatment to become a fad sensation. In 2015, it looks like it’s time for meatballs to have their time in the sun. The Wall Street Journal just reported on the opening of Mighty Balls, a high-end meatball shop that has locals raving.

Mighty Balls started out as a pop-up restaurant in 2011 with an initial investment from a crowdfunding campaign. Their first balls went on sale at the Hester Street Market and were an immediate success, and they spent the next four years moving from location to location, building up a dedicated fanbase. As with many mobile restaurants, the next logical step was to secure a permanent residence.

Astoria is one of the most up-and-coming neighborhoods in the city right now, a jewel of ethnic diversity with reasonable rents and short commutes to Midtown, so it’s not surprising that businesses flock there. It was a logical pick for Mighty Balls, and they secured a spot near the Kaufman Astoria Studios. Along with the move, the owners transitioned the menu over to completely organic ingredients and added their first vegan option.

Ordering is simple – you choose your setup of a single ball on a slider bun, three balls on a hero or three balls with no bread, and then accent with your choice of sauce, from the spicy African onion to the tomato sauce or a mild cranberry chutney. A selection of sides is well-curated, including a tangy pimiento macaroni & cheese. Prices are reasonable and service is quick.