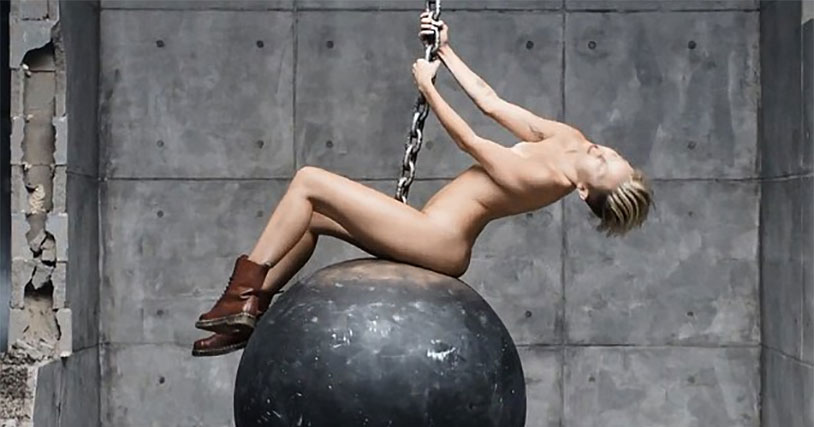 Miley Cyrus released her video for “Wrecking Ball” in 2013, before we started this ball-focused website, but you bet your ass we would have covered it at the time. A former Disney show actress, daughter of a pop-country legend, turned nude and swinging around on a huge metal ball? Right up our alley. But after a few years of tabloid headlines and shocking photo shoots, Cyrus seems to be trying to recapture her innocent image.

Her new material hews closer to the country-pop of her father Billy Ray, and her wild and revealing outfits have been replaced by much more conventional clothing.

In the Sun, Cyrus talks about the video, saying “That’s something you can’t take away… swinging around naked on a wrecking ball lives forever. Once you do that in the mess that I did, it’s forever. I’m never living that down. I will always be the naked girl on a wrecking ball.”

We can’t help but feel a little bad for Miley. All of us make dumb, weird decisions in our teens, but they usually aren’t blasted all over MTV. Pop stardom is one of the most toxic things that you can expose a young person to, and if she really wants to change her whole image she has a right to do that. We’ll see how long it lasts.