How Did We Miss This Pig With Testicles For Eyes?

Okay, yes, before you read any further, the two fleshy growths on this little pig’s face where its eyes should be probably aren’t technically testicles. That’s still no excuse for us missing the story when it first dropped back in February. This ball-eyed pig was all the talk of the science blogs and we must have been asleep at the wheel.

The image below was originally posted on Reddit with the title “Received this picture from a friend at a sow farm. Those are testicles.” 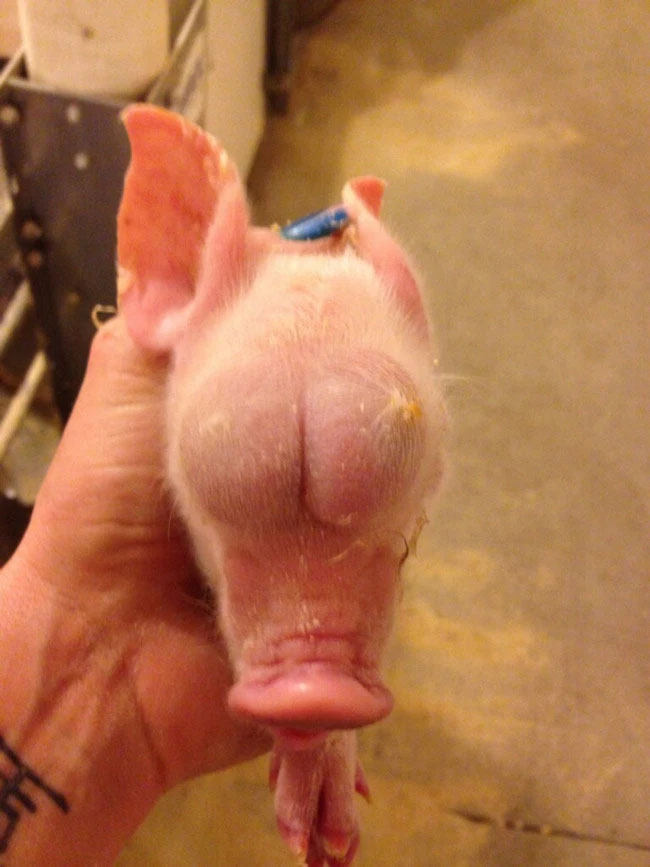 The original poster followed it up with a little more information, writing ““I doubt there were eyes underneath and I’m not even sure if it was male or female. I do know that it was born alive but probably brain dead and was quickly euthanized.”

IFLScience has a pretty good debunker on the poor pig, explaining that the growths are in all likelihood not testicles for a few reasons. The development of organs in different locations on the body is incredibly rare, and for a pair of them to migrate to the other end of the fetal pig’s torso so cleanly is even more doubtful. It’s more likely that the pig’s eyes simply didn’t develop at all, or the “balls” are sacks of fluid that did not drain at some point in its development.

Whatever the cause, the pig with balls for eyes was a brief candle in the social media whirlwind of 2016, and even though it lived a short life it’s been immortalized on the Ball Report for all eternity.