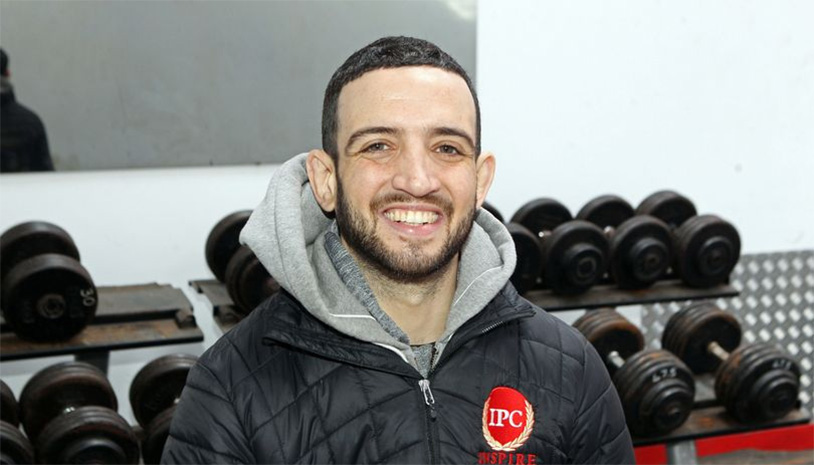 There aren’t many people tougher than testicular cancer survivors, but this MMA fighter might fit the bill. Not only did he tackle stage three of the disease and come out the other end, he returned to the cage soon afterwards.

Our man’s name is Aaron Aby, and he’s never had an easy road of it. Born with cystic fibrosis, a genetic disorder that leads to the production of a mucus that obstructs the lungs and pancreas, he wasn’t expected to live past his twenties. But his grit and never-say-die attitude kept him on his feet, and at the age of 29 he’s proven doctors wrong time and time again.

Aby’s latest roadblock came in the form of testicular cancer. He was diagnosed in 2017 after suffering from pain in his groin. It took doctors a staggering three months to figure out what was wrong with him, and by that time the aggressive cancer had spread. He chose to delay treatment further to attempt to have a child, and the mass extended to a lymph mass in his stomach.

He underwent three courses of chemotherapy over the course of months to attempt to shrink the tumors to a size doctors could safely remove them. In February, he was finally given the all clear that his body was cancer free. Now he is back to training hard six days a week in preparation for his bout with Daryl Grant at the EFN Manchester event on October 19 at the O2 Victoria Warehouse, Manchester.