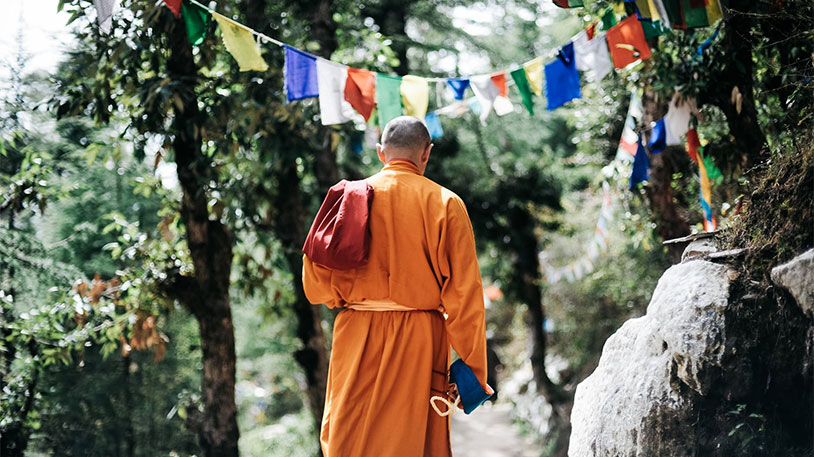 A monk in Thailand has been taken into custody after an incident in which he is accused of shooting another man at his monastery with an illegal handgun.

Phra Apiram Ruengthip, 46, lived at the Wat Mongkhol Nimit in Samut Prakan just south of the capitol, Bangkok. According to police, on Friday night he got into an argument with the victim, Samret Kasemrat, and shot him. A search revealed the weapon still loaded with two bullets inside a black plastic bag, camouflaged by bottles. However, due to a quirk in Thai national law, Ruengthip couldn’t be arrested or charged while he was still a monk, so he needed to be defrocked by his monastic leaders first.

Once he was stripped of his religious designation, police charged the ex-monk with murder. Ruengthip told them that he had been walking outside of the monastery on Friday night when Kasemrat approached him from behind, startling him and speaking to him rudely. Ruengthip saw something in Kasemrat’s hand and pulled the gun. The monk claims that he fired a warning shot and when Kasemrat did not stop approaching shot him several times, including in the right testicle.

Police are charging him with attempted murder and illegal possession of a firearm. Gun-related crimes are on the rise in Thailand in recent years.

Read more at The Thaiger.