Monkeys With Smallest Balls Get Laid Most Often 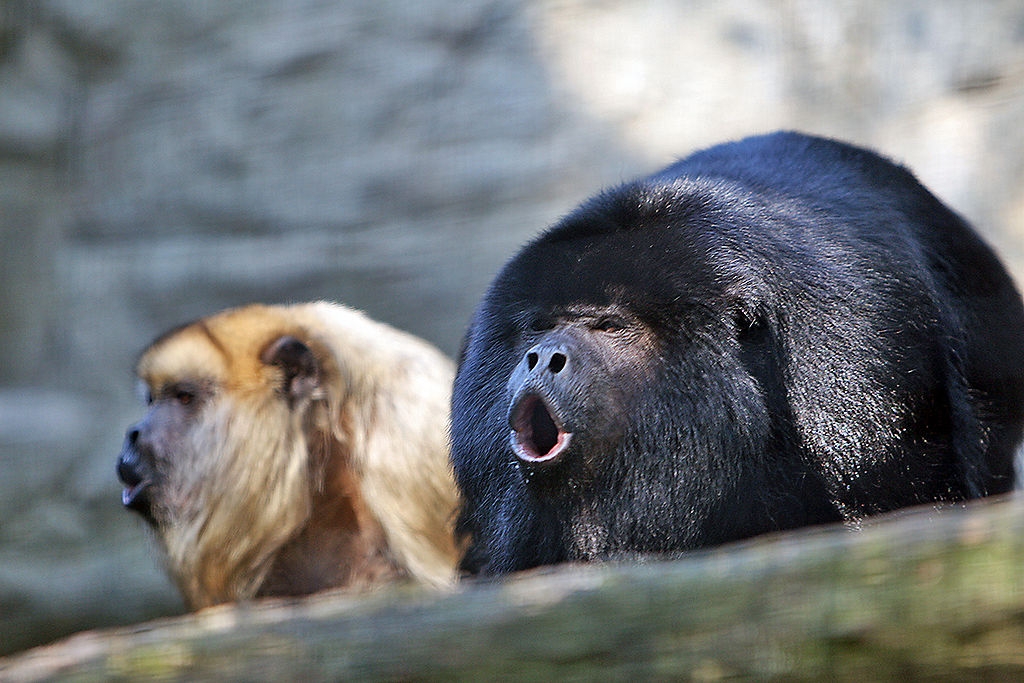 Well, it seems as if the people who study monkey dicks for a living will have the last laugh, after all.

A recent study published in Current Biology presents findings from a group at Cambridge University that suggest the more pitifully a male howler monkey is endowed, the more impressive its vocalizations tend to be. Motherboard reports that “this is the first evidence that there is a trade-off between vocal investment and sperm production, and it helps to explain why howler monkeys develop contrasting social structures.”

Although this has been spun around the blogosphere as being conclusive that louder monkeys are the ones with the smallest balls, and all the obvious nonsense that comes along with that, the research actually indicates an equally important emphasis on the tone and timbre of the calls as on the volume.

Anthropologist Leslie Knapp on the distinction:

“We found that males with larger hyoids, who can make lower-pitch vocalizations, have smaller testes and live in single-male groups with a harem of a few females[…]Males with smaller hyoids live in multimale groups and have larger testes.”

So not only have the monkeys evolved these larger organs to produce a more attractive sound for their mates (“overcompensating” is editorializing more than a little bit, here), they’ve actually overtaken their more conventionally virile competitors, and enjoy the spoils of that victory all to themselves. Sure, they may have huge nuts, but the wimpy-voiced males of the species have drawn the short straw nevertheless, having to share their potential mates with a whole clan of super hung brethren. Not much fun having big balls when they’re blue!

“It may be that investment in developing a large vocal organ and roaring is so costly that there is simply not enough energy left to invest in testes. Alternatively, using a large vocal organ for roaring may be so effective at deterring rival males that there is no need to invest in large testes,” said leader of the study Dr. Jacob Dunn. In other words, the monkeys with the smallest balls have discovered an inefficiency in the marketplace, and are disrupting it by yelling really loud at it. Incredible. Moneyball at work!