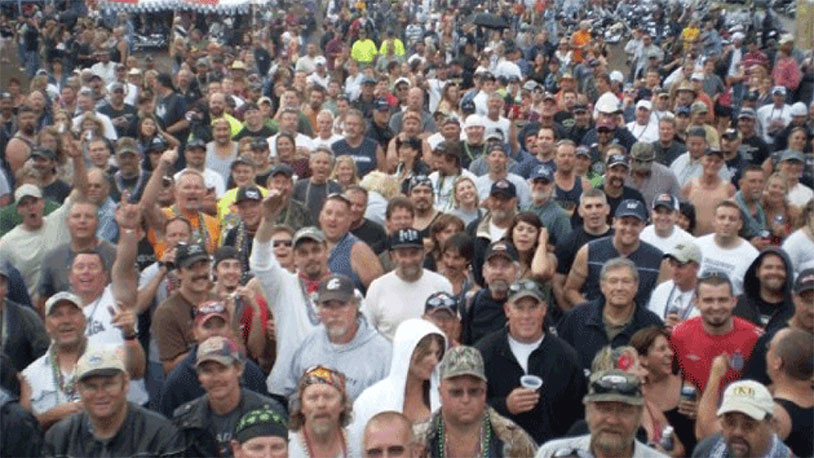 We’ve covered the Montana testicle festival that takes place in the small town of Clinton a time or two on this website, most recently last year’s traumatic traffic accident that claimed the lives of two attendees when a drunken patron grabbed the steering wheel of a shuttle heading back from the event, causing it to flip over. But there will be no more dispatches from Clinton, because there will be no Testicle Festival this year – or any time in the forseeable future. The Montana Testicle Festival is cancelled.

First held 35 years ago at the Rock Creek Lodge outside of Clinton, the festival has grown over the years to be one of the state’s most notorious events. In addition to the ceremonial consumption of Rocky Mountain oysters, the fest host bands, wet T-shirt contests and lots of other public lewdness, all fueled by copious consumption of alcohol.

That boozing has consequences – in addition to the auto fatality last year, there have been numerous stabbings and other violent incidents at the festival. And now, faced with declining attendance and skyrocketing insurance premiums, the organizers say it just isn’t worth it anymore. Rock Creek Lodge owner Matt Powers says that social media posting of the festivities embarrassed guests and the event had run its course. He plans to go into the medical marijuana business.

Read the whole story at Newsweek.