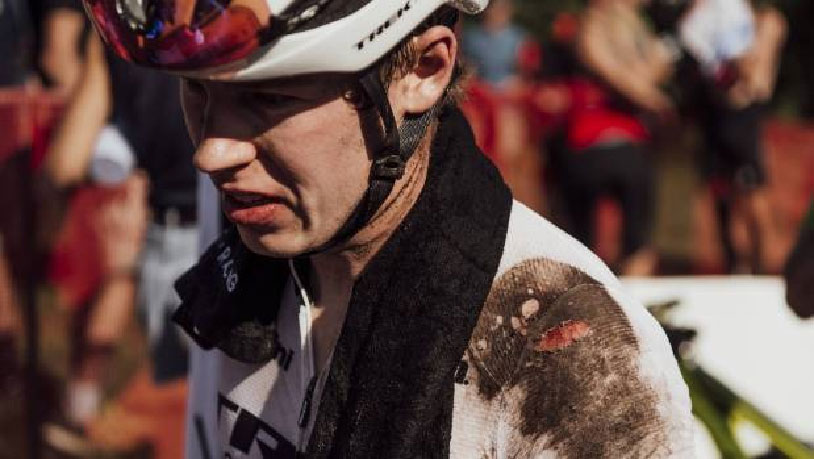 The thing with pro cycling is that one mistake can cost you a race, no matter how well you’re doing. Just ask mountain biker Anton Cooper, who ran into a real heartbreaker of an accident in a recent run but still managed to keep his sense of humor.

Cooper was competing in the cross-country World Cup and performing at the top of his game, splitting the lead with Swiss rider Mathias Flueckiger until he crashed and burned, dropping him down to sixth place. The crash was mostly harmless except for one injury – a torn scrotum. Amazingly, Cooper kept going and finished the lap and the race.

He was in remarkably good spirits despite the loss, even paying tribute to another New Zealand athlete in his remarks to social media afterwards.

“I’d also like to thank the Kiwi legend Buck Shelford for the inspiration to make it to the finish line with some torn manhood, nothing a few stitches couldn’t fix,” Cooper posted after his race.

Shelford, of course, was the New Zealand cricket star notable for staying on the pitch and continuing to play after he had his ballsack injured during a test in France in 1986.