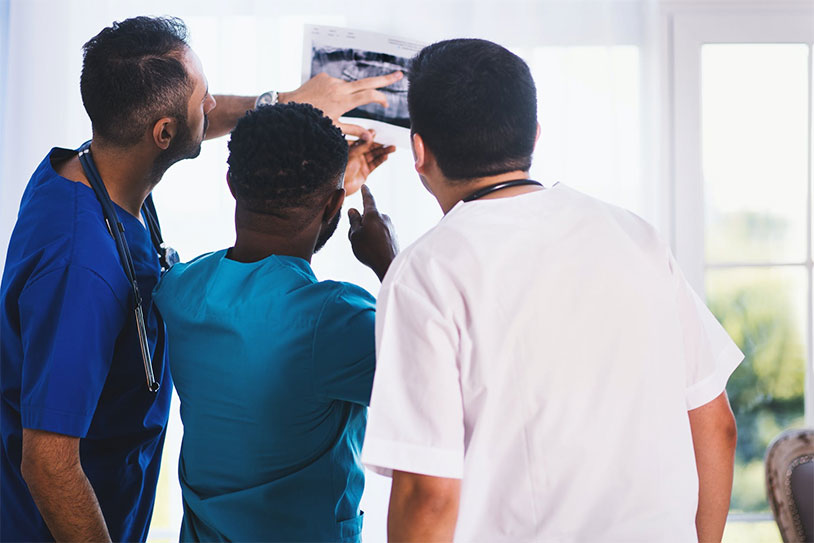 The battle against testicular cancer is one that is constantly evolving as new therapies are discovered and implemented. But it’s not just scientific research that pushes survival rates up, but new ways of working together. New research from the University of Texas Southwestern on the types of teams that operate in treatment facilities show that a diverse array of approaches can be incredibly beneficial.

The group, a multidisciplinary team of oncologists, urologists and pathologists, found themselves in a natural opportunity to conduct an experiment. They were responsible for testicular cancer patients both at a tertiary care center that focused on specialist care as well as a public and safety net hospital in Dallas. The common wisdom is that patients at the specialty center would have better outcomes due to demographic differences.

With a sample size of 201 men, roughly 100 from each facility, they noted some clear demographic differences. The men at the public hospital were more likely to be Hispanic and to have waited on average twice as long to have seen a doctor. One would think that this discrepancy would result in drastically different outcomes, but that turned out to not be the case.

The commonality in teams had a greater influence than the venue or patient base, as the two groups had nearly identical mortality and success rates.