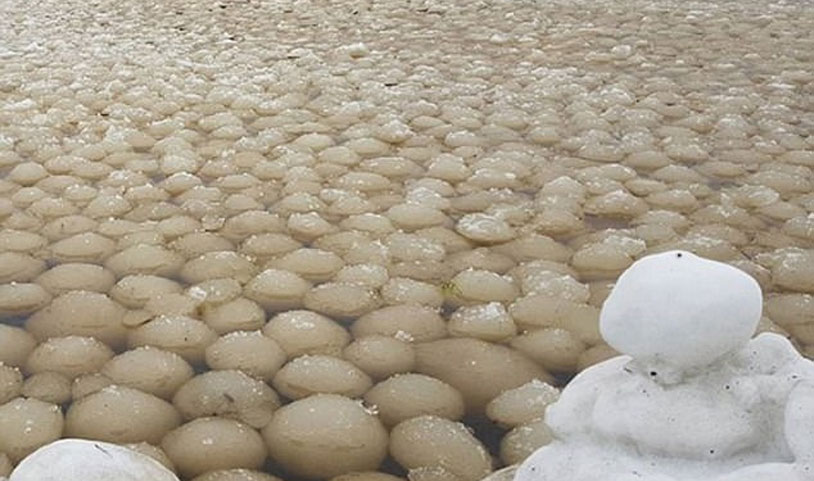 Baby, it’s cold outside. But it’s especially cold in Russia, and those low temperatures are creating some unusual natural phenomena. Most recently, it’s the sighting of thousands of ice balls, more than a half a foot in diameter, floating in the Gulf of Finland.

Typically ice forms in sheets or bergs in salt water – like it does everywhere else. But if something messes with the chemical composition of the ocean, that formation can be a little different. The leading theory from climate scientists is that oil or another pollutant caused the balls to assemble, which would explain why they are a certain size. Some locals thought for a while that they were caused by human hands, but the sheer number of the balls torpedoed that theory.

And, of course, there are the jokesters. One Russian posted on a video of the ice balls “This is whale caviar. Do not listen to anyone and look for a dead whale nearby. Those usually die right after sweeping away the eggs.” Nice try, buddy. Whatever the cause of this unusual phenomenon, it doesn’t seem to be harmful to the Gulf. We’ll keep you posted as we learn more.