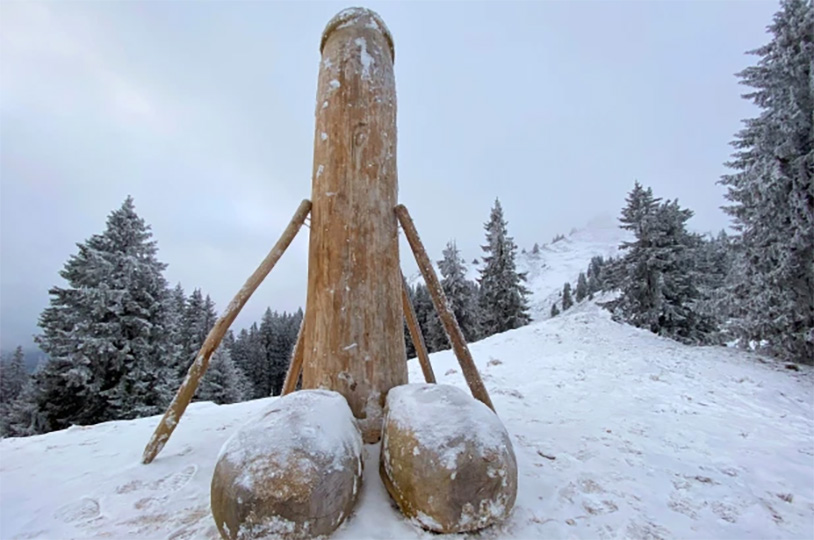 People can’t stop talking about the reflective metal monoliths that have been springing up in locations around the globe, but here at the Ball Report we’re trying to solve a different sculpture-related mystery: who keeps building a huge dick and balls in the German mountains?

Constructed from what appears to be raw wood, the phallus and scrotum is just the latest in a long series of giant wood penises cropping up in the region. The first one was spotted a few years ago on Gruenten Mountain in the south of Germany. That one was reportedly a 440-pound joke gift made for a guy, who decided to put it out in public for the world to enjoy.

It soon became a popular tourist destination and was even designated a “cultural monument” on Google Maps. Unfortunately, the sculpture was mysteriously removed, with just a pile of sawdust left behind. Since then, penis sculptures have cropped up numerous times in the mountain areas, with this new one seven feet tall.

Is this serial sculpture leaving the advent of a new art movement, or just a couple enterprising pranksters paying tribute to male genitalia? We might never know.