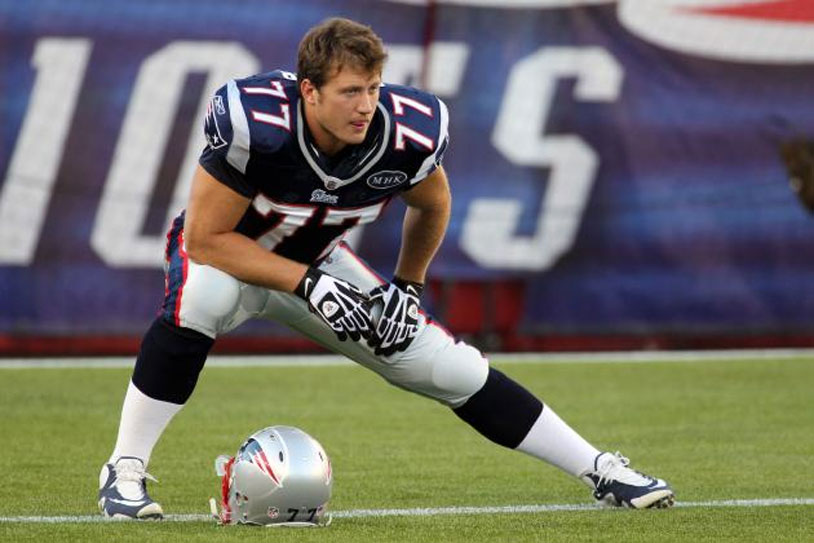 Another high-profile personality has made his testicular cancer diagnosis public. Nate Solder, left offensive tackle for the New England Patriots, did an interview with ESPN’s Mike Reiss this week in which he bared all about his cancer and playing during treatment.

Solder is well-known in the NFL for not being a player who demands a lot of attention. He’s very good at what he does on the field, but doesn’t open up for interviews often. Working in the shadow of Tom Brady is tough for any player, but Solder handles it well. That’s why, when he was diagnosed with testicular cancer in April of 2014, he kept it out of the public eye.

The four-year Patriots veteran was undergoing a standard physical during the team’s voluntary offseason program when he noticed a strange lump in his scrotum. The team’s doctors packed him off for an ultrasound, which revealed the tumor. Three days later, Solder was in surgery to remove the growth. It was a clean extraction, so he didn’t require additional treatment, and he was back on the field with the team in June.

Now that the season’s over, Solder has decided to go public to raise awareness and urge men to perform regular self-examination so that they can catch cancer early. “I was completely healthy, I’m a professional athlete. It can happen to anybody,” he said. “Make sure you get yourself checked out, especially young men, because that’s who it’s really targeted toward.”