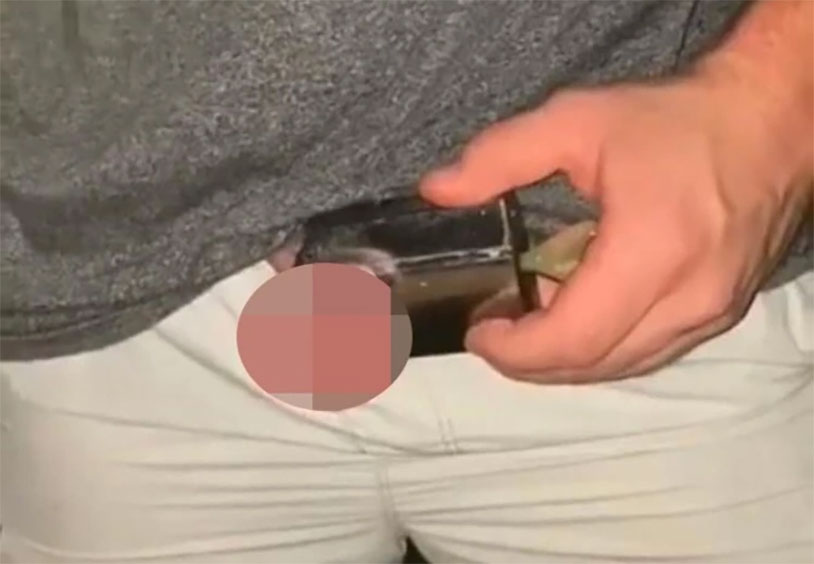 Seamen often get up to trouble when they’re off duty, but this is ridiculous. A Royal Navy engineer made headlines and gained brief social media fame after he got his scrotum snagged in a padlock and couldn’t get it open.

The man in question was an electrical engineer aboard a ship looking for hijinks with some of his fellow sailors. One of them got the bright idea to clasp a padlock around the man’s nuts, but what started as a laugh quickly turned to panic as they were unable to get the lock’s hasp to detach. There’s video of the whole incident, where a woman approaches the group to ask what the fuss is only to be shown the trapped gonad.

“It’s not a good color,” one of the other sailors can be heard to say as amusement turns to panic. The sailors called the Officer of the Day aboard the vessel for direction before taking the victim to a local hospital where doctors were able to remove the padlock without any further injury. The engineer was undeterred by the whole ridiculous turn of events and celebrated by getting a padlock tattooed on his leg the next day.

We know that sailors typically get ink to celebrate and commemorate major events during their time at sea, but this is a little ridiculous. If you’ve been thinking about clasping a padlock around your nutsack, let this be a lesson to you.