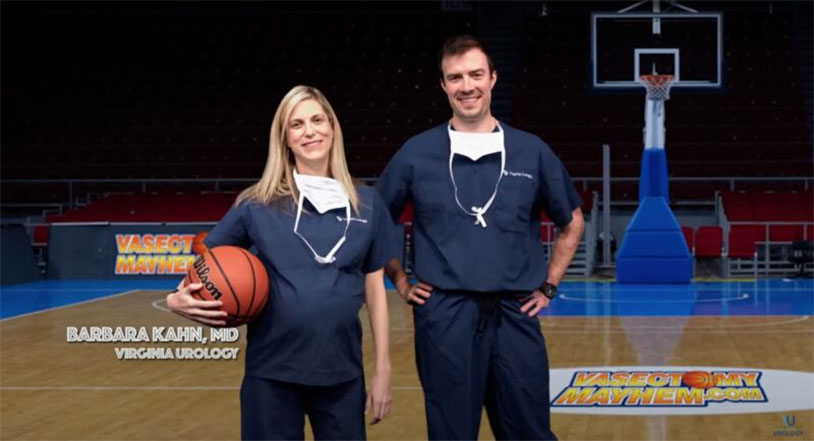 Regular readers of the Ball Report know that a vasectomy is the most effective method of male birth control there is, a simple operation that closes the tubes that bring fertile sperm to their final destination. But, in a strange court filing, the NCAA is battling a clinic over an advertising campaign designed to promote them.

The Virginia Urology Center was getting ready to unleash it’s “Vasectomy Mayhem” ad blitz on the airwaves when the NCAA stepped in, filing an objection with the US Patent and Trademark Office. Their argument is that the campaign is likely to be connected with the annual March Madness basketball tournament, causing dilution of their trademark. This may seem like a pretty flimsy argument until you look into the marketing materials, which explicitly urged men to schedule the surgery during the tournament, saying that it “started so men could watch college basketball for the 3 recovery days.”

College sports are big business, for better or for worse, and it makes sense for the NCAA to pre-emptively protect their trademarks. The issue is that if they allow the infringement, it could open the door for other, less salubrious entities to cash in. As you can see from this promotional video, it’s a slippery slope.