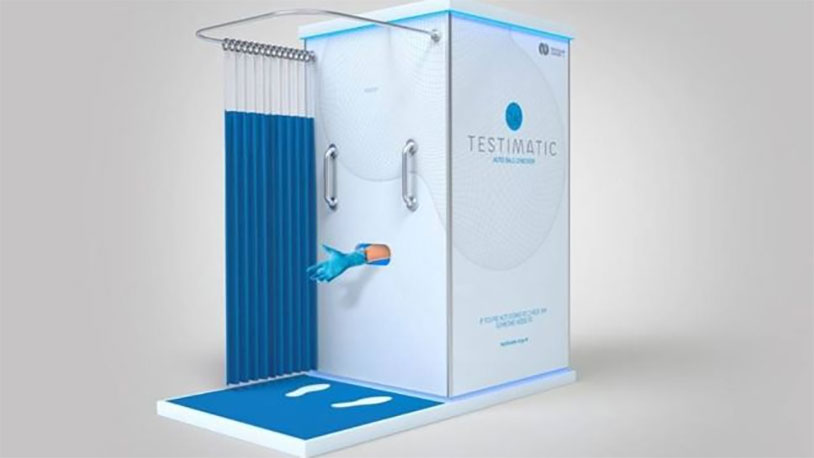 One of the biggest blockers to men getting those necessary testicle exams is shame – it’s just not easy to ask anyone, even a doctor, to take a look at your balls. But a new initiative in New Zealand is looking to resolve that in a pretty quirky way.

It’s called the Testimatic, and it made its debut at the Big Boys Toys festival in Auckland. The yearly event is full of stuff that dudes like – power tools, action sports, barbecue and construction supplies. They figured that since testicular cancer is the most common version of the disease in young men, that putting up a booth might help raise awareness.

It’s called the Testimatic, and even though it looks slick and high-tech the device is incredibly simple. The port on the front end about waist-high opens up to let a doctor’s hand (gloved, of course) pass through from the other side of the partition to give you a testicular check in absolute privacy.

What do you think? Would you let a hand from behind a partition give you a testicular exam, or would you rather be able to look into your doctor’s eyes while they do it?