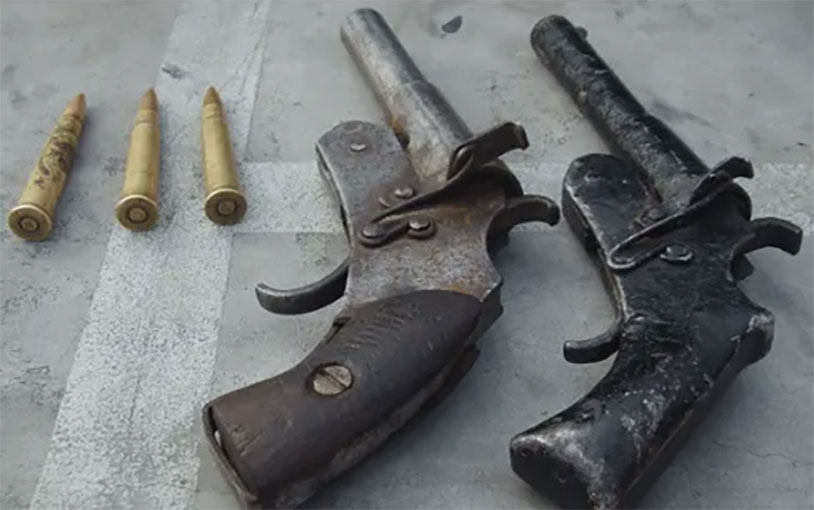 We’ve written about the dangers of toting around a firearm in your pocket before, but there’s always room for a reminder. This story comes from Nigeria, where a 17 year old boy named Osoro was carrying around a homemade firearm in his pocket when it went off and shot right through his ballsack, killing him.

In the small community of Ayen, located in the Uhunmwode local government area of Edo state, the young man was walking the street feeling tough with his gun in his pocket. This is apparently a pretty common occurrence in this area, as kids from Ayen and the nearby town of Owegie often get into skirmishes. It apparently started when residents of Ayen sold land in the other town, which rubbed people the wrong way and led to some serious violence, including Owegie’s town hall being burned down.

Bad feelings on both sides inspired the carrying of firearms, but these weapons aren’t the kind you might be familiar with. Instead, they’re cobbled together from machine parts and often lack even remedial safety features. It’s unknown how the pocket pistol of Osoro was triggered, as nobody was nearby when it went off, but this is not a rare occurrence for these things. The bullet ripped through his testicles and he perished from shock and loss of blood before paramedics could arrive.