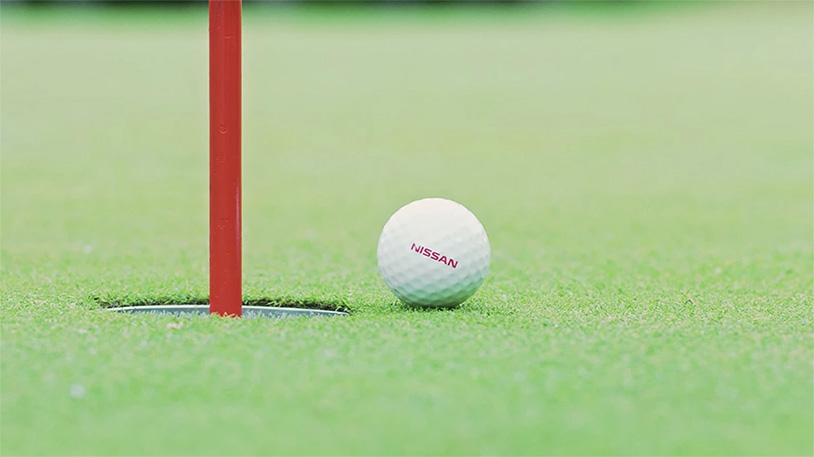 Unless you’ve been living under a rock for the last decade or so, you know that self-driving cars are the next big thing in automotive technology. While many drivers are worried about losing control of their vehicles, study after study shows that once the technology is robustly in place it will make for faster, safer transportation. Of course, you could always just take public transit and help the environment as well, but that’s an argument we’re pretty sick of making.

Nissan is one company who is putting a lot of research into self-driving cars, and their latest driver assistance system, ProPilot 2, will let Japanese owners take their hands completely off the wheel on designated roads as the vehicle does everything itself. It’s a baby step, but they’re pushing it hard with a clever video that involves golf balls.

Here’s the gimmick: they took a golf ball and put a small electric motor in it along with gyroscopic drive so it could roll freely in any direction. They then loaded the software into the ball and let duffers thwack them. Once the balls land, the ProPilot 2 software unerringly guided them into the hole, no matter how badly they were initially aimed. It’s a clever and funny way to demonstrate the ability of the new self-driving cars.