No, A Capitol Rioter Didn’t Die After Tasing Himself In The Testicles 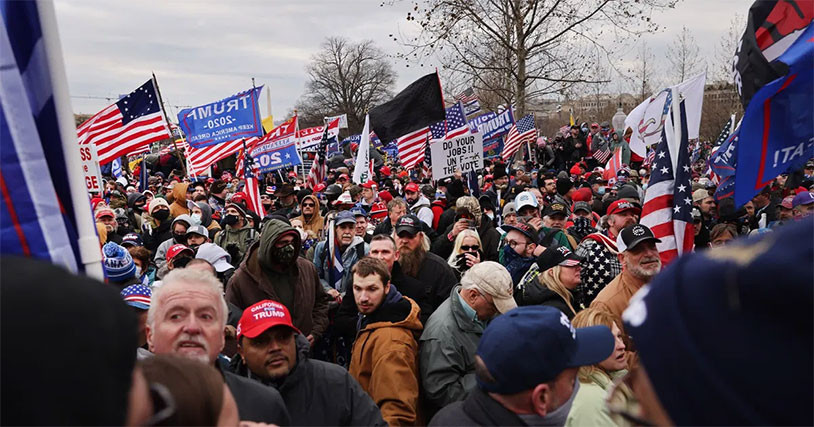 It’s going to be quite a while before a complete picture of last week’s riot at the U.S. Capitol is fully understood. We know the broad strokes – a crowd of Trump supporters, emboldened by the President’s false claims of election fraud echoed by some of his supporters in Congress, marched on the building and forced their way in, destroying property and leading to the deaths of five people including a police officer. But the absolute chaos of the event has proved fertile ground for misinformation, including the story that one fatality was a man who accidentally zapped his own balls with a Taser.

The tale began to circulate on the Internet when the name of Kevin Greeson, a 55 year old man from Alabama, was released as one of the fatalities. It seemed to begin on Twitter, where multiple users claimed that a rioter was trying to steal a painting of former House speaker Tip O’Neill. The rumor spread like wildfire, indistinguishable from many of the other surreal scenes that came out of that day.

His wife was able to debunk those accusations, telling reporters that Greeson had never entered the Capitol building himself, but rather had a heart attack while outside by a protective railing. She says that she was on the phone with him when it happened, and although he was a dedicated supporter of President Trump he did not travel to Washington with the intent of committing any crimes, stealing any paintings or Tasing anyone.