These No-Bake Vegan Cannabliss Balls Will Warm Your Heart 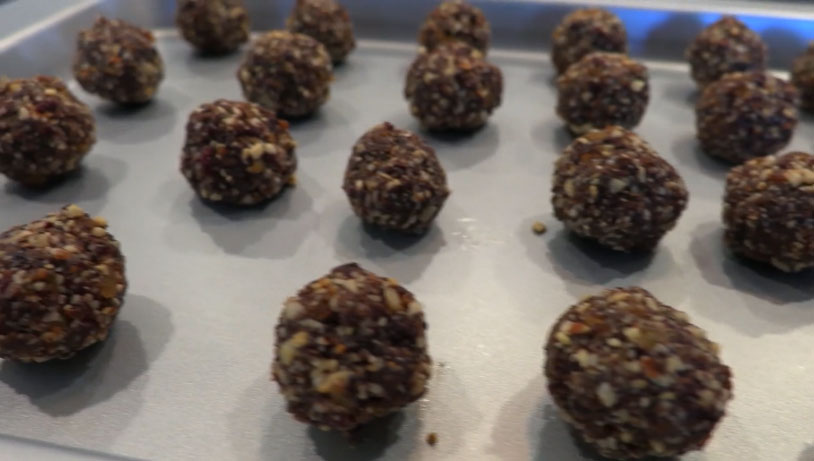 I’m lucky enough to live in one of the few states where recreational marijuana is legal, meaning that if I want to zone out on wacky weed nothing can stop me but my bank account. But it’s not just smoking that people use to partake of THC – enterprising chefs have started using it to cook. No state has embraced marijuana cuisine quite like Colorado, and that’s where we got this recipe for no-bake vegan cannabliss balls.

Chef Tia Mattson teamed up with the crew at alternative newspaper Westword to devise the tasty treats, which are made from raw natural ingredients like almonds, chia seeds and dried fruit, then mixed together with coconut oil that’s been infused with marijuana to give it a THC kick. They don’t require any baking – just chill them in a refrigerator until you’re ready to eat.

We’re not saying that your holiday festivities are going to require a little bit of help, but it can’t hurt to have a tray of these around in case family arguments get to be too heated.