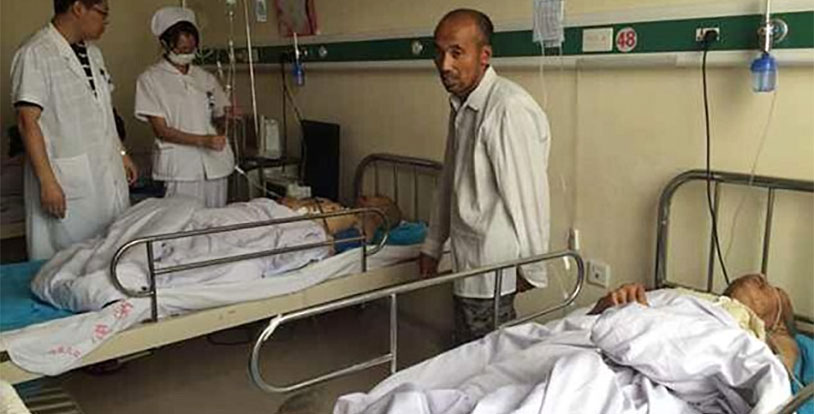 Here’s a particularly grim story from last year that illustrates exactly why you should keep a close eye on your balls at all times. 46 year old Wang Fan was a mentally disabled man employed at a nursing home in Heilongjiang Province, where his responsibilities included feeding the residents and cleaning up after them.

He wasn’t paid for his services, but the home gave him room and board, which seemed like a pretty fair deal as Fan was unable to care for himself in the outside world. Everything seemed to be working out fine until an evening in July of 2014 when Fan’s charges chowed down on a delicious meatball casserole for dinner. The dish was so tasty that they didn’t save a single scrap for their caretaker.

After the residents went to bed, Fan started drinking and his rage at going to bed hungry soon overtook him. Grabbing a scalpel and some rope, he tied four of the men down and surgically removed their balls. Before other employees stopped him, he had successfully removed six of their eight testicles.

Fan was stopped before he could carry out the rest of his plan, which apparently involved making a stew of the cut-off gonads. In Chinese medicine, testes are considered to have powerful health benefits, although we’re not sure that they still do when they come from elderly men.

This case illustrated a complaint that many Chinese people have levied against the country’s state-run nursing homes. In many cases, they lack adequate supervision and funding. As the population ages, more and more senior citizens are being shuffled off to them instead of being taken care of by their family. Let’s hope this case helped lead to some reform.