When it comes to cameras, you’ve got your megapixels, you’ve got your image sensors, and, well, that’s about it. Nowadays, they’re pretty much point and shoot, which is probably how they got their famous nickname: “Pointers and Shooters”.

What really matters in the world of art is the subject. Whether it’s the mysterious “Mona Lisa”, a Starry, Starry Night or simply some hairy balls dangling into the frame…wait a minute! That’s a guy’s junk!

By way of explaining his fascination with photographs of testicles obscuring a sunset, or a big ol’ pair draped over a calming water portrait, the creator of Nutscapes Clancy Philbrick wrote to The Daily Dot:

“I was on a solo trip out in the bush of New Zealand shooting some typical landscape photography and while on top of a mountain looking out at this amazing concave glacier in the distance, I felt a great gratitude for my surroundings and a primal urge to connect on a deeper level with Mother Nature,”

That sounds somewhat less than serious, but still mildly compelling?

“The next thing I knew, I was taking a picture of my balls dipping into the negative space above the glacier. Unfortunately this original Nutscape was lost when my old hard-drive crashed.”

All good art originates from tragedy, it would seem. 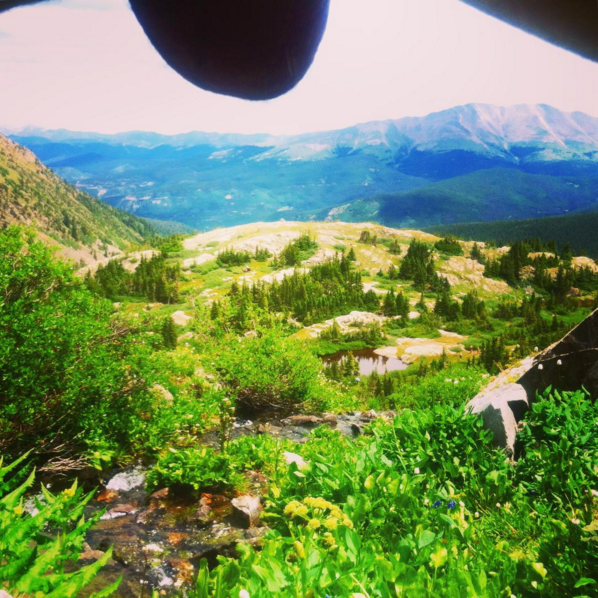 There’s not an overwhelming amount of variance in the composition or even the setting of much of the Philbrick Nutshot catalog, and maybe that’s for the viewer’s benefit. After all, a Where’s Waldo-esque testes search would likely lack the innocent charm of the original, and it’s easy to imagine other visual perspectives ramping up the pornographic element in relatively short order.

Perhaps, even though Philbrick’s boys are exclusively on top of the frame in these Nutscapes, what they’re actually doing is resting on the bottom; they’re the structural foundation — the building blocks upon which the rest of the photograph is delicately balanced. Not bad for a nutsack.
Gawker via