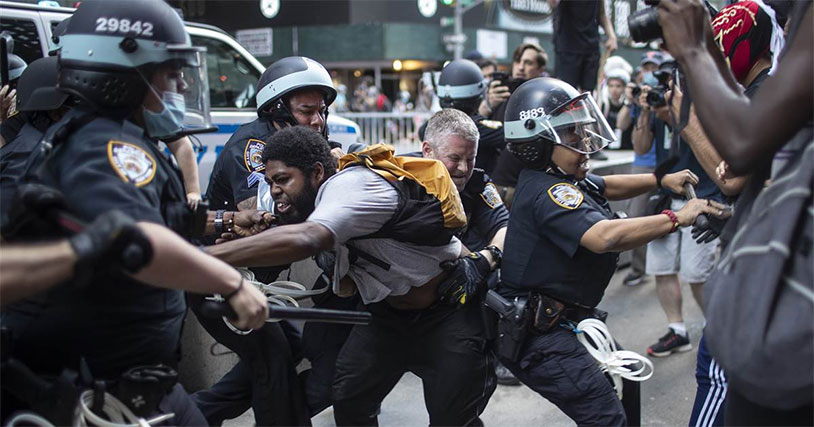 As the protests over the death of George Floyd at the hands of Minneapolis police continue to rage after a week, many departments have issued statements to the press about improvised weaponry they claim to have to defend against. While some of these items are patently absurd – one police department Tweeted a photo of a tennis shoe and a can of beans – the NYPD is now getting the word out about something that could cause real harm.

According to a pair of NYPD officers that asked not to be named, police suffered injuries from what appeared to be tennis balls filled with quick-setting concrete.

“One of the two officers was hospitalized with a contusion (bruise) to left shoulder,” an advisory issued by the department read. “Please be cognizant of all objects in persons’ hands or lying on the ground during these protests.” A police source said that at least one of the balls had been recovered. The NYPD says that 292 officers have been injured during the week-long series of demonstrations.

It’s important to note that not all of these injury reports are reliable. There was a right-wing furor over Portland protests where somebody erroneously reported that anti-fascist marchers were throwing “concrete milkshakes” at militia members and white supremacists. =That claim was uncritically reported by numerous media outlets before being debunked.