This Office Has A Great View Of David Beckham’s Package 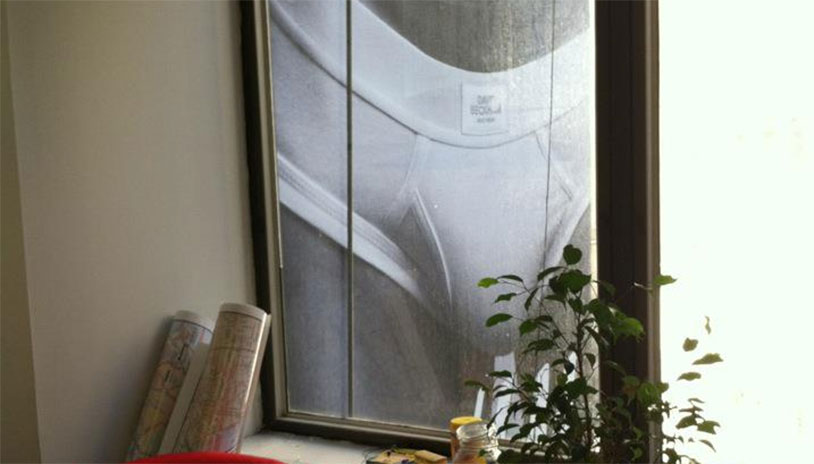 Take a second real quick and look out your office window. What do you see? Maybe some other buildings with other officeworkers inside them, maybe a tree or two. Maybe you don’t have a window in your office, which kind of sucks, but sorry. The point we’re trying to make here is that you probably don’t see David Beckham’s dinger and ballsack blown up to enormous size.

Unless you’re working in the anonymous Manhattan office that posted this particularly hilarious image to Reddit over the weekend. All you can see when you gaze out their window is a giant view of the soccer celebrity’s groin wrapped in a pair of tighty whiteys, with a $12.95 price tag attached.

Beckham’s groin isn’t an unfamiliar sight to New Yorkers – he’s been the face and body of Calvin Klein for over a decade, and his nearly-nude body has appeared on billboards all over the Big Apple. But this one’s a little different. Maybe it’s the framing – it’s a little more difficult to ignore something like this when you’re zoomed in so tightly on the twig and berries. Or maybe it’s the cut of the underwear? We’re not experts here.

If this is your office, let the balls of Beckham inspire you. Reach down the front of your trousers and give yourself a testicular self-examination while you’re on your break. If you feel anything funny, give your doctor a call and then maybe write a little thank you to Becks as well. We’re all in this together, after all.