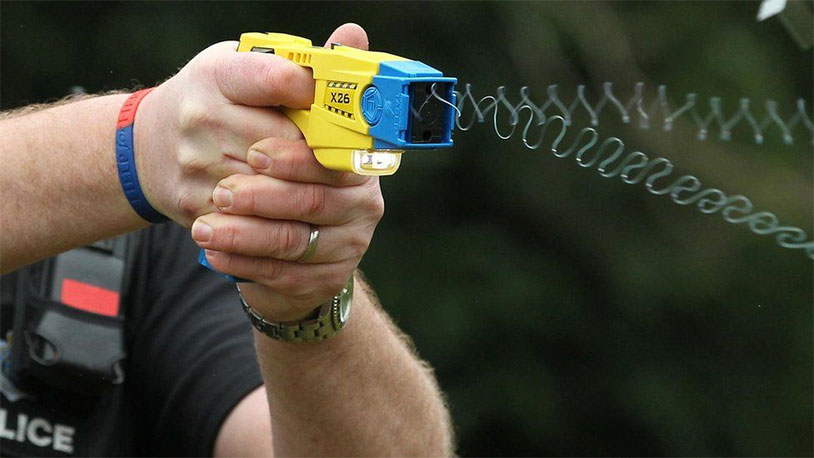 Police brutality has been a hot topic in the world for the last few years, but things don’t really seem to be changing all that much despite all the protesting. Case in point: an officer in Phoenix, Arizona who is facing charges of Tasering a man right in the groin with his stun gun.

Glendale Officer Matthew Schneider pulled over a man named Johnny Wheatcroft in a parking lot in 2017. Wheatcroft and his family were passengers in the vehicle, which was suspected of a traffic violation. According to the officers, the man resisted arrest and had to be physically restrained, but prosecutors declined to press charges against Wheatcroft. Video footage from the incident shows the officers requesting IDs from the passengers, which seems like an odd move if the driver was at fault.

When Wheatcroft asks why, things escalate and he is Tasered in the back, removed from the car, Tasered in the chest while sitting down on the pavement and then, according to his complaint, Officer Schneider pulled his pants down and zapped him one more time in the groin. Schneider attests that it was the thigh, not the ballsack, but that doesn’t make things much better.

“The city will fully cooperate with any requests made by the Attorney General’s Office,” a police department statement read. “The Glendale Police Department works tirelessly to maintain the respect of the community they serve.”

Tasering a guy three times, including once in the groin, seems like a pretty outrageous response to a simple traffic stop. We’ll see how this case plays out.