Oh My God, They Made Dragon Ball Cheetos 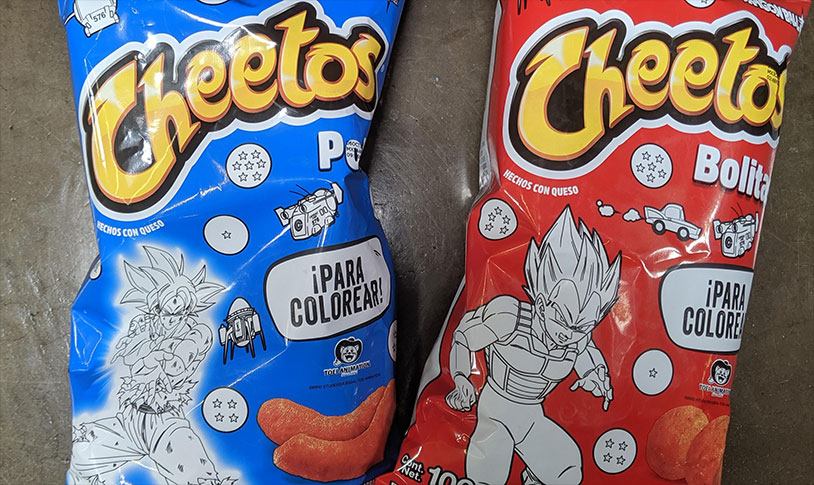 We don’t cover hit anime Dragon Ball very often here on the site, because it seems like there’s always something happening in Akira Toriyama’s fight epic. But when news came over the wire that there’s official Dragon Ball themed Cheetos on store shelves, we had to post about it.

A poster on Reddit shared an image of two bags of the snacks on r/DBZ. One bag is red and features the traditional puffed corn curl shape, while the other is blue and appears to be a cheese ball. They’re only available in Mexico as part of a promotion that lets fans color in the Saiyan heroes on the front of the bag. The blue one has Goku, while the red one features Vegeta – the two most iconic fighters from the franchise. In addition, there are outlines of other Dragon Ball props like the titular wish-granting orbs and Capsules.

We’re probably not going to make a special trip south of the border just to pick up a few bags of Dragon Ball Cheetos, but if you do drop us a line and let us know how high your power level goes after you eat them. If it’s over 9000 we might grab our passports and make a day of it.