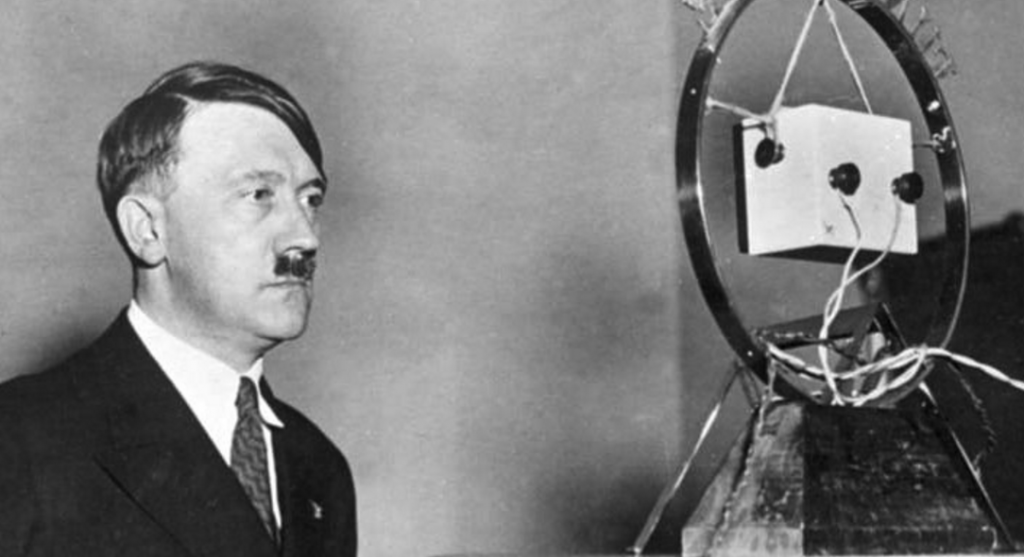 You gotta hand it to long-dead fascist dictator Adolf Hitler. Though the brutal mass-murderer and worst person of all time has been dead for over 70 years, somehow he manages to keep himself in the news cycle. Every few months it seems there’s another salacious Hitler rumor cropping up on TMZ or elsewhere on the blogosphere, and this month is no different. It takes some serious “star” power to knock The Force Awakens and Christmas out of the collective consciousness, but Hitler has done it once again with his latest scandal. Who is this guy’s publicist?!?

All kidding aside, Hitler only had one testicle. That’s according to one German historian, who has just recently discovered the Führer’s detailed medical records:

Long thought to have been lost, the records of the examination surfaced at an auction in Bavaria in 2010 before swiftly being confiscated by the Bavarian government. They have only recently been properly studied by Professor Peter Fleischmann of Erlangen-Nuremberg University.

The UK’s Independent reports that these particular records have been in the possession of the University for nearly 6 years.

The records were thought to have been lost but resurfaced at an auction in Bavaria in 2010. They were quickly confiscated by the Bavarian government before being studied at Erlangen-Nuremberg University.

Fleischmann’s analysis apparently contradicts both Hitler’s childhood doctor and amateur historian Franciszek Pawlar, the former having sworn to American interrogators before the end of the war that Hitler’s genitals were not unusual, and the latter having confirmed the popular rumor that one of Adolf’s testicles was lost to shrapnel in World War 1.

Hitler may have demanded secrecy from his closest confidantes, if indeed any did know about his condition, on account of the actual specifics. His right testicle was apparently undescended altogether—not simply missing—which would have obviously contraindicated the bombastic racist’s theories on genetic superiority.

Thankfully, although it is possible to conceive a child with just one testicle, Hitler, who was married for about 40 hours, did not manage to do so.