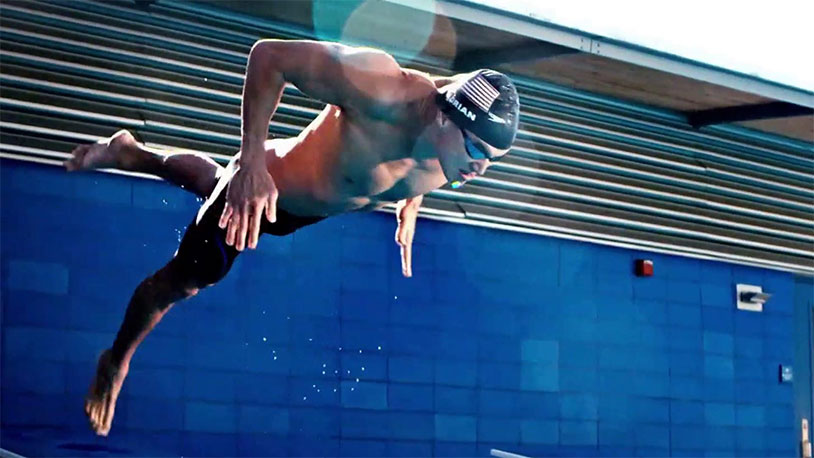 One thing we’ve tried to communicate over and over again on this site is that testicular cancer doesn’t discriminate. As long as you have balls, you’re at risk, so it’s vital to check your boys monthly at least. Just ask Olympic swimmer Nathan Adrian, who is the latest sporting star to go public with his diagnosis.

Nathan Adrian is a well-known name for fans of swimming, having taken home five medals in his career at the Olympic Games. The Bremerton, Washington native made his Olympic debut in 2008 and competed in the 2012 and 2016 games as well. He also crossed over into popular culture with a 2009 appearance on Mythbusters, investigating whether it was possible to swim as fast in maple syrup as it is in water. Gross!

But Adrian’s here on the Ball Report for a recent Instagram post in which he announced his testicular cancer diagnosis.

Life, like swimming the 100 free, can come at you hard and fast as you can’t always see who, or what, may be chasing you down. Recently, I went to the doctor as something didn’t seem quite right. At the very least, I still needed to get my flu shot so it couldn’t hurt. After a few tests and visits with a specialist, I unfortunately learned that I have Testicular Cancer. On the bright side, we caught it early, I have already started treatment and the prognosis is good. I will be back in the water in a few short weeks with my sights fully set on Tokyo! Along the way, I hope to share my journey in an effort to help break the stigma of discussing men’s health issues. I’ve realized that too often we tend to avoid these important topics, ignore the potential warning signs, and put off getting the medical help that we may need. As I told my family, I’ll be putting my public health degree to work a little sooner than I planned! But in all seriousness, I am keeping a positive attitude as cases such as mine are curable. I am extremely grateful for my family and friends, especially my wife, for their love and support. I am scheduled for surgery early next week and will provide an update soon. #menshealth #testicularcancer #standuptocancer

He’s on the U.S. team roster for the Pan American Games in July, but it’s unclear whether he’ll be recovered enough to compete. We’re pulling for you here at the Ball Report, buddy – may your treatment be as smooth as your path through the water.