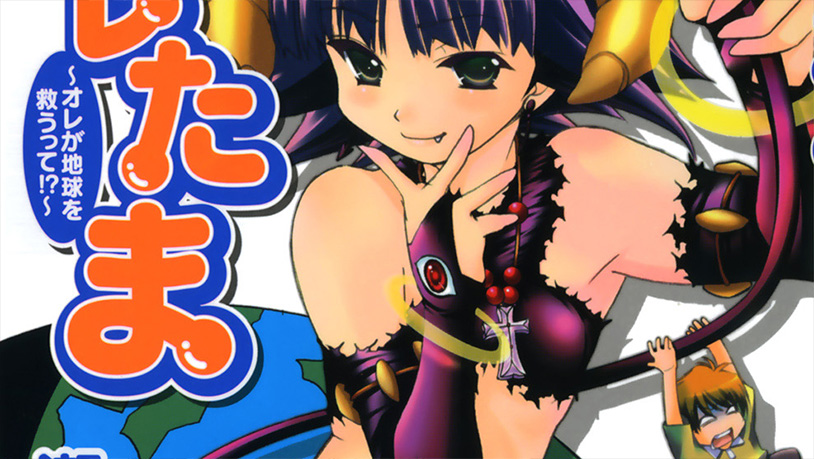 Our protagonist is a guy named Kohta Satou, who works an uninspiring part-time job and has no luck with the ladies. Still a virgin, he’s peeing in the street one day when an angel accidentally seals the Queen of Hell into his ballsack. If she’s unleashed on the world, this demonic female will bring about the end of the human race, so now Kohta has to keep from busting a nut for thirty days until the Queen’s window of opportunity lapses.

Oretama has a premise that’s gleefully weird even for a sexy manga series, as the forces of hell send the demoness Elyse to coax the queen out of Kohta’s balls by hook or by crook. Will he relent and doom all of existence to not die a virgin, or can he survive a month with the fate of the world on his shoulders – or, technically, a bit lower? Many, many chapters await you if you want to hunt them down.