Orioles Fan Gets Four Balls In One Game 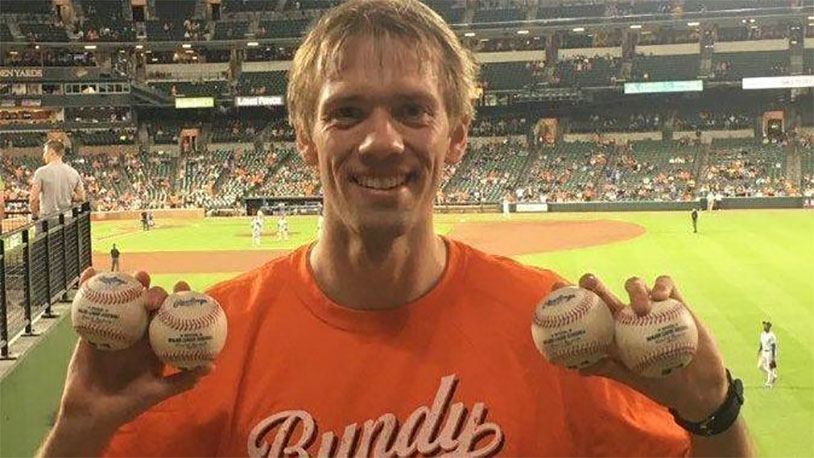 Going for balls in the stands is a time-honored American pastime, but typically you’re lucky to snag even one over the course of nine innings. One Baltiomore Orioles fan, though, managed to pull off a grand slam when the team faced off against the Kansas City Royals. The game wasn’t great for Baltimore – they got obliterated, 15-7 – but fan Alex Kopp, who was in the stands wearing a T-shirt for pitcher Dylan Bundy – had a good night anyways.

Eight home runs were hit that night in Camden Yards, and the customs broker got 50% of them – a pretty insane percentage. In the first inning, Kopp snagged Mike Moustakas’ 410-foot homer and Alex Gordon’s follow-up. In the second, he got under a 421-footer by Chris Davis. And in the fifth, the fleet-footed Orioles fan got another Moustakas hit to bring his total to four.

Kopp was definitely aided in his quest to build his ball collection by the low turnout at the game – only 10,863 fans were in attendance for the loss – but we can’t hold that against him. This is a guy who will do what it takes to get his hands on some balls. Hopefully his team will give him more reasons to come to home games than that.

Read more at the Baltimore Sun.